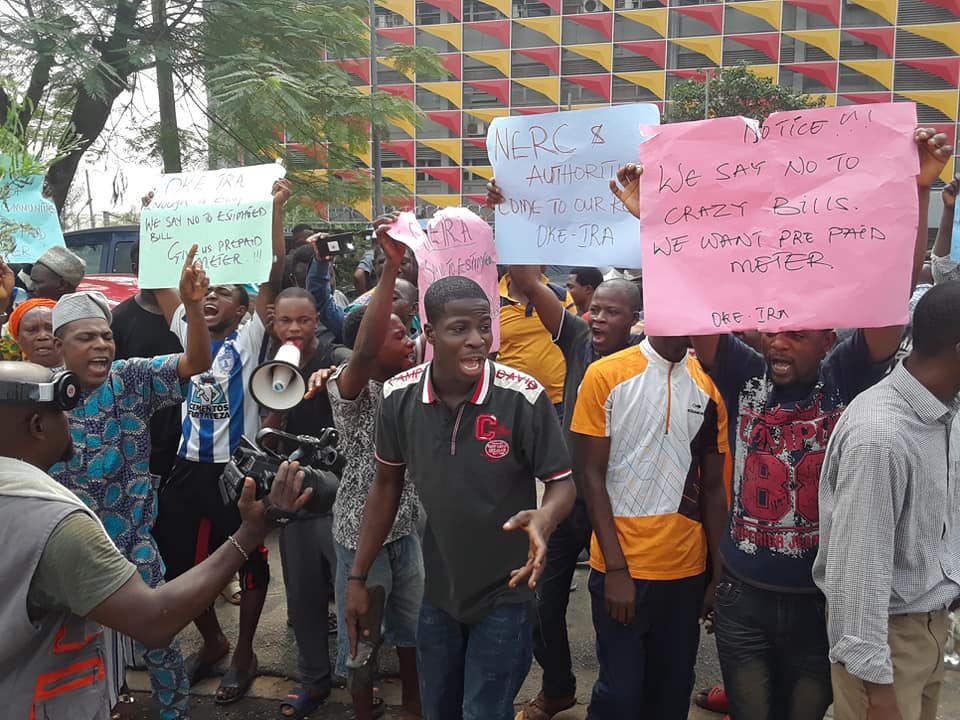 Residents of Oke-Ira in Ojodu local government Area, Ikeja today took to the streets in the early hours of Monday to protest against outrageous bill and unavailability of prepaid meters.

The protest was held in front of the office of Ikeja electric Alausa, Ikeja with over 100 men and women bearing placards carrying various inscriptions lie, “Enough is Enough”, “we say No to estimated bills” and “Give us Pre-paid meters”.

The bitterly complained about extremely high bills ranging from 50,000 to 96,000 and more, for some of them who lived in one room apartments and they felt they didn’t consume electricity worth that amount.

Recall that the Minister of Power, Works and Housing, Mr Babatunde Fashola during consultations/campaign rallies for the re-election of President Muhammadu Buhari in 2019 at the Surulere Local Government of Lagos at the weekend, announced the approval of 108 firms for the supply of meters to electricity consumers in the country.

The Minister said that 108 metering companies had been given licenses to supply meters to address the problem of arbitrary billing in the electricity sector.