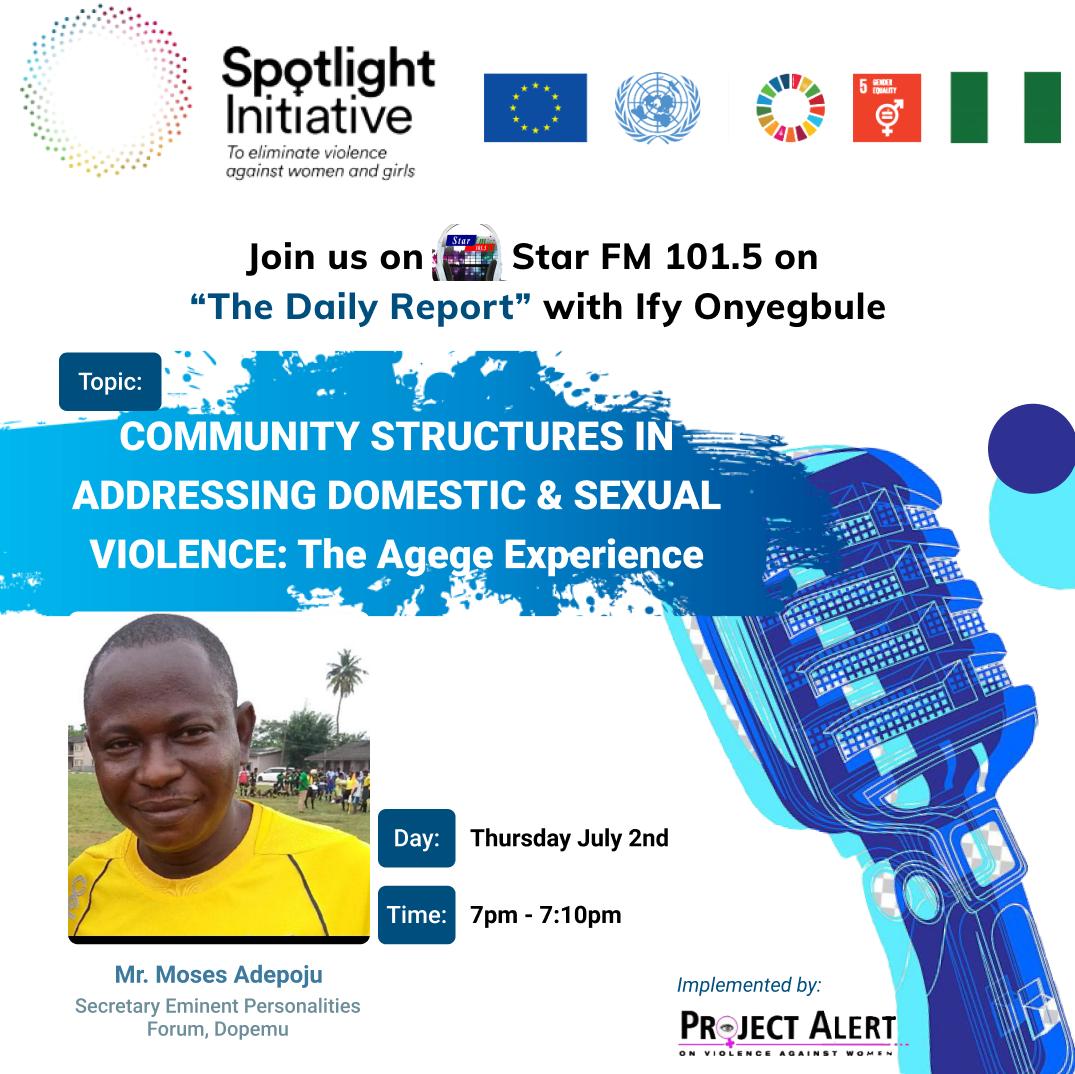 The issue of community participation in the fight against Sexual and Gender-based violence again came to fore as the numbers continue to rise in the cases of Gender violence.

On the EU/UN Spotlight Project, implemented by Project Alert on Violence Against Women which aired on Star FM, Mr. Moses Adepoju, General Secretary, Eminent Personalities forum shared what he called the “Agege experience” where residents of the community have come together to speak in one voice and stand together to end all forms of gender-based violence.

According to Adepoju, “Agege is a porous place and people have the impression that gender-based violence happens there on a daily basis but I tell you project alert has done so much in enlightening us about the implication of such vices”

“It is a known fact that people are afraid to report cases because of so many factors some of which include the fear of being asked to pay money to police and fear of stigmatization so we created awareness by establishing an open day forum at Dopemu police station, we invited people in all the CDAs in Agege local government with a strong support from the local government Chairman”

Adepoju who works with the Eminent Personalities Group said “once a month, we converge for a Town Hall Meeting where you find the local government delegation, the Baales, all CDAs in Agege local government and the Community Development Chairman so we enlighten people on the reason why they need to report their cases”

He mentioned the Mirabel Center, commending it for doing well just like Project Alert, in battling the cases of Sexual and Gender-based violence

“We also have the synergy with the police where residents are free to ask questions from the DPO who provides answers to these questions.

Adepoju blamed the rising cases on SGBV on the ignorance of many who believe that they can harass their wives and it seems okay, he said ignorance should however not be an excuse for violence against women.

He called on parents to pay attention to their children and understand what they try to tell them concerning the inappropriate conduct of some adults around them.