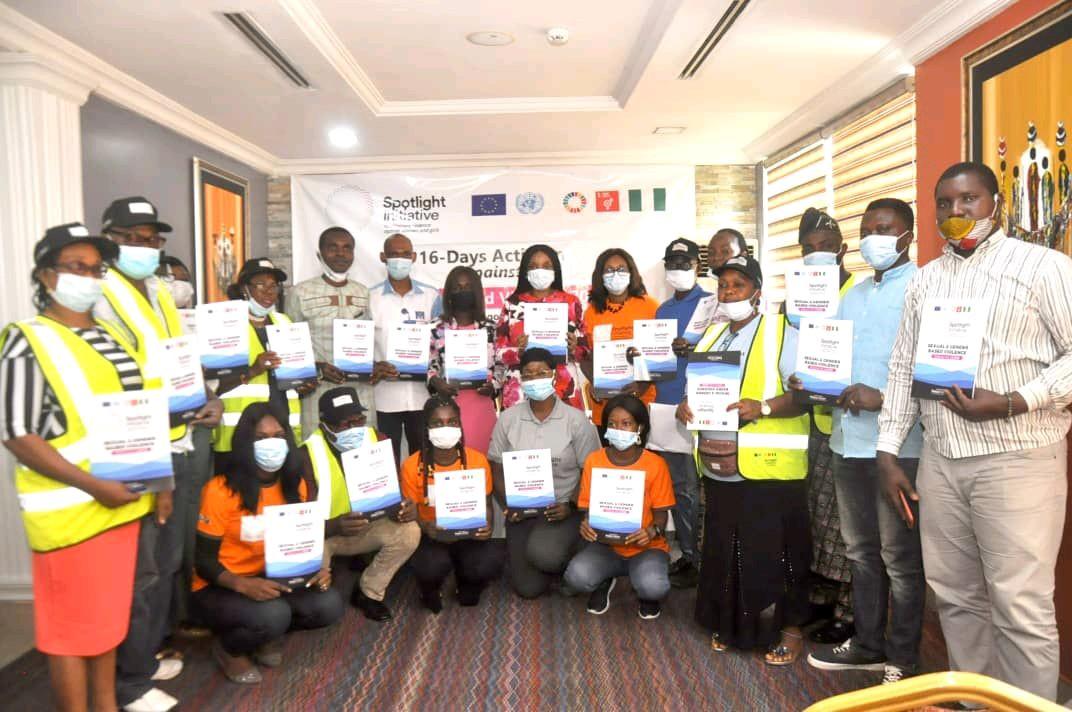 As the world marks the 16 Days of Activism, the fight to eliminate violence against women has received a boost with an official launch of a Referral List where persons who suffer sexual or gender based violence can report and get help.

Executive Director of Project Alert on Violence Against Women an implementing Partner of the Spotlight Initiative, Dr. Josephne Effah Chukwuma said the Referral List provides a list of ready and existing service providers who are willing and ready to attend to cases of SGBV.

The Referral List which was launched simultaneously in Lagos and Sokoto states on Thursday November 26th, provides a comprehensive list of Government Ministries and Agencies, like the Lagos State government-run Domestic and Gender Violence Response Team, the Lagos Ministry of Women Affairs amongst others. It also contains a list of Units of the Nigeria Police where cases can be reported and the issues get quick attention.

NGOs like the Mirabel Center, Project Alert, Black Diamond Support and Women Rights and Health Project were listed amongst many others in the Referral list with addresses and phone numbers for easy contacts when referring survivors for Counselling, Legal Aid, Medical Assistance, Shelter etc.

Meanwhile, 4 surveillance team members were guests on 2 Radio Stations, Eko FM and Radio Lagos where they shared more experiences, challenges in their responsibilities as coordinators, highlighting their successes in the various communities where they operate.

Surveillance Team Members, Engineer Joy Omiyale of Oshodi Isolo, Goddey Johnson of Kosofe, Aleshinloye Wasiu and Laiyenbi Mopelola, both of Lagos Island expressed satisfaction that the activities of reaching out to people in the communities have recorded great success and they called on government to lend more support to Project alert so that their efforts at the grassroots can be doubled.

The launch of the Referral list which took place at the Golf View Hotel, Ikeja had in attendance, Mrs Funmi Adegoke, SSA to the Lagos state Governor on Women Affairs, representing the permanent Secretary of WAPA, Mrs Adegboyega Foluke a representative of the Lagos State Office on Disability Affairs (LASODA) and a representative of the Zonal Commander of NAPTIP, Mr Sunday Afolabi Oloyede. They all commended the efforts of Project Alert and other NGOs in the fight to eliminate Sexual and Gender Based Violence.

How Did We Get Here? Is The Malaise Of The Present...

Knowledge for Development: what Nigeria can learn from Austria