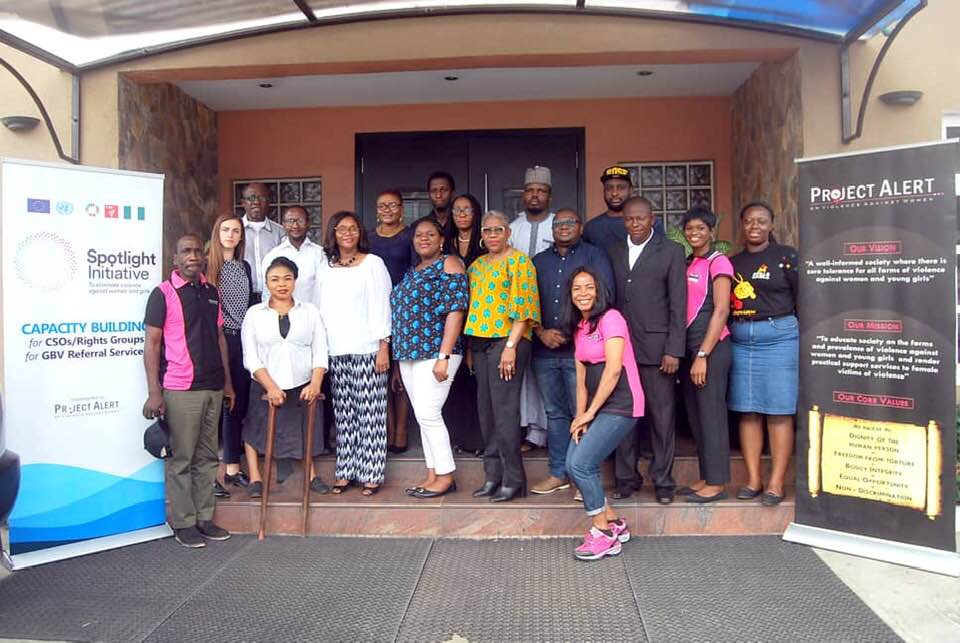 Efforts are being stepped up to end gender-based violence in Nigeria with a Lagos based NGO, Project Alert calling for acceptance and collaboration from all sectors of the society to get the messages and campaigns down to the grassroots.

The Founder of Project Alert, Dr. Josephine Effah-Chukwuma at a 2-day Messages Development Workshop stated that there was a need to craft and create messages in the local languages so as to reach persons in the local communities.

Dr. Effah-Chukwuma said the workshop was convened to develop messages and identify appropriate communication channels for the dissemination of these messages.

According to her, “a variety of approaches and messages were adopted/developed to get people to move along the continuum of behavior change”

She maintained that the Information Education Communication (IEC) materials with strong messages are important in the fight against all forms of sexual and gender-based violence (SGBV) against women and girls.

In emphasizing how important it is to have these messages that reach out to the people to draw attention to the issues of VAWG, Criminal Justice Psychologist & Founder, Media Concern Initiative, Dr. Princess Olufemi-Kayode at the workshop drew the attention of participants to the statistics credited to the World bank stating that 35% of women worldwide have experienced either physical and/or sexual intimate partner violence or non-partner sexual violence which makes it important to tackle the issues from all front.

The above buttresses what the UN Secretary -General, António Guterres said that “Sexual violence against women and girls is rooted in centuries of male domination.

Dr. Olufemi-Kayode also mentioned that according to the 2013 Nigeria Demographic and Health Survey (NDHS), which surveyed 38,948 women and 17,359 men in all 36 states and the Federal Capital Territory (FCT): violence against women is “common practice” which could be physical, psychological, emotional, economical and sometimes spiritual. She called on participants to have these statistics in mind while coming up with the IEC/BCC messages in various languages.

The workshop which had participants drawn from various NGOs/CSOs and journalists, is part of the Spotlight Initiative project being implemented by Project Alert.