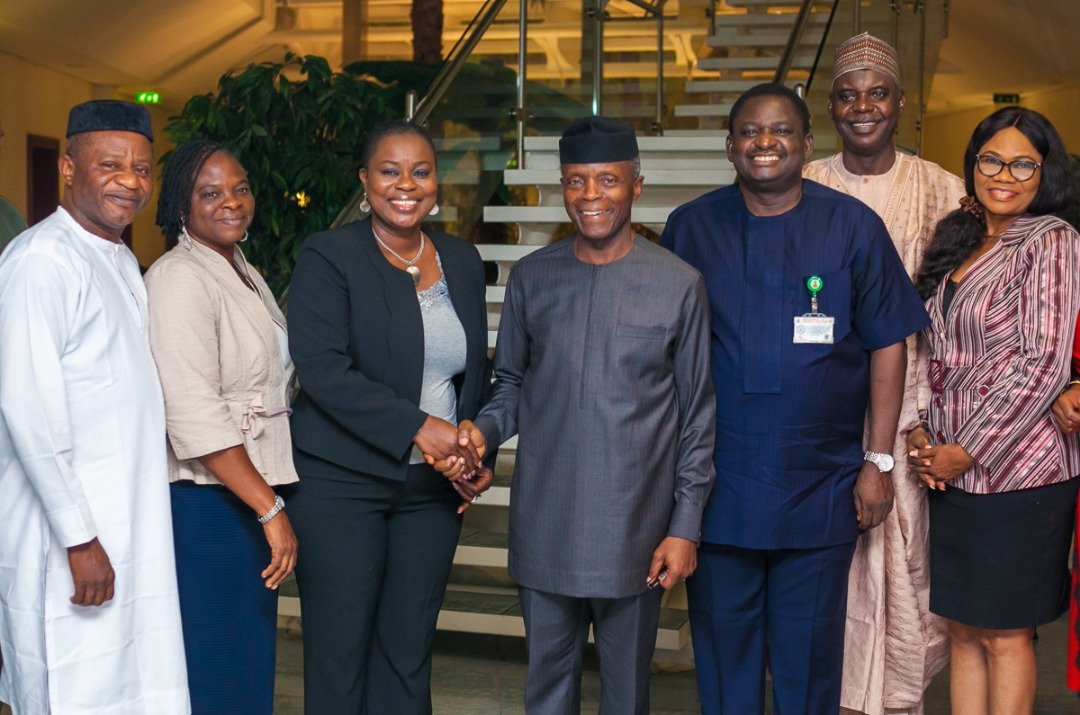 The Nigerian Guild of Editors, NGE, the umbrella professional organisation for the leadership of the print, broadcast and online media in Nigeria, would soon have participants in the prestigious Senior Executive Course of the National Institute for Policy and Strategic Studies, NIPPS.

Vice President Yemi Osibanjo promised to assign slots to members of the Guild to undertake the Course, with a view to contributing their quota to nation building and join its forums, where academics of excellence, seasoned policy initiators and executors and other citizens of matured experience and wisdom, meet to reflect and exchange ideas on the great and critical issues of developing the Nigerian society.

The Vice President said members of the Guild would be considered for the rigorous screening into the course and those who are successful would fill the discretionary slots for enrollment on the Course. He said his office would work out a plan for editors to participate in the course from the next batch of the training.

He was speaking when he hosted the newly elected executive of the Nigerian Guild of Editors, led by its President, Mrs. Funke Egbemode. The Vice President congratulated Mrs. Egbemode and the Guild for its recent rancour-free election, which demonstrated that it is a professional body of men and women of integrity and exemplary character.

The VP said he regarded himself as a media person because his first book was on media ethics in Nigeria, he would therefore be open to support specialised trainings for editors and media professionals.

Vice President Osinbajo said he would always support the media and explore means of an intervention fund for specific media projects. He said he would welcome ideas from the Guild on improved government-media relations and in resolving challenges posed by Social media, which is without regulation. He challenged the NGE to explore means of tackling fake news and finding effective means of regulating the social media.

The NGE President had told the Vice president that the Guild was passionate about training and re-training of editors and would be seeking to partner with other agencies of government for capacity building of editors.

She had suggested that the government consider setting up a Media Industry Intervention Fund that media operators who are battling with high cost of importing consumables could resort to for cushioning current harsh economy operating environment.