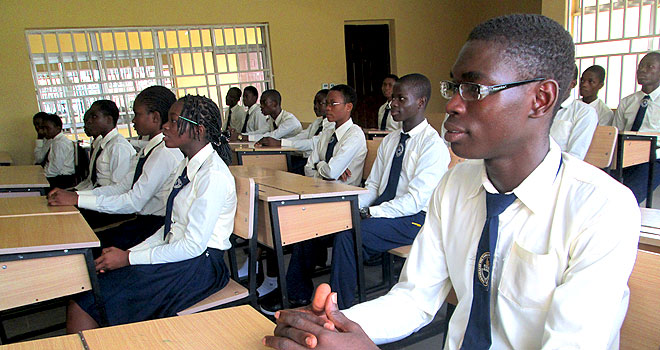 A new poll  released by NOIPolls shows that most Nigerians want the government to do more on Education (49 percent), Security (44 percent), Electricity supply (36 percent). Economy (32 percent) was fourth in the line of concerns, amongst other sector/areas considered for 2019.

“It is not surprising that education topped the list this year given the series of challenges facing the sector,” a statement issued by the organisation says. “For instance, poor funding is one of the major reasons for the deterioration and challenges in the education sector, especially tertiary education, which has led to frequent strikes by academic and non-academic staff since the early 1990s.”

It goes on further to say that the federal government’s allocation to education in the last 10 years has been inadequate. “A Demographic Health Survey (DHS) conducted by the United Nations Children Fund (UNICEF) and the Nigerian government revealed that the number of out-of-school children rose from 10.5 million in 2010 to 13.2 million in 2015 in Nigeria.”

The polls — which were conducted in December 2018 — says the respondents are not impressed by the country’s security situation.

“The nation witnessed a drastic breakdown of internal security challenges in 2018, ranging from terror strikes in the North-East to herdsmen and farmers conflicts in the North-Central to militants operating in the South-South,” the statement adds.

On power, the statement reports that the Minister of Power, Works and Housing, Mr Babatunde Fashola, saying that power generation was at its peak at 7,000 megawatts (MW) in August 2018

“it was still inadequate considering the country’s population…Therefore, the federal government and concerned stakeholders need to place high priority on ensuring that challenges surrounding these sectors are immediately resolved to improve the economy and foster national development.”

Surprisingly, the poll results show that poverty alleviation, the fight against corruption and good governance are the issues Nigerians are least concerned about as they occupy the bottom of the polls.

“This is not surprising considering that Nigeria’s economy did not fare well in 2018. For instance, the National Bureau of Statistics (NBS) reported that the nation’s Gross Domestic Product (GDP) grew by 1.81% (year-on-year) in real terms in the third quarter of 2018.

“However, the average Nigerian is yet to feel the impact of this increase in the country’s GDP because it is marginal and negligible. According to the African Development data on Nigeria’s Economic Outlook in 2018,  about 152 million Nigerians live on less than 2 dollars per day and this figure represents about 80 percent of the country’s estimated 190 million population.