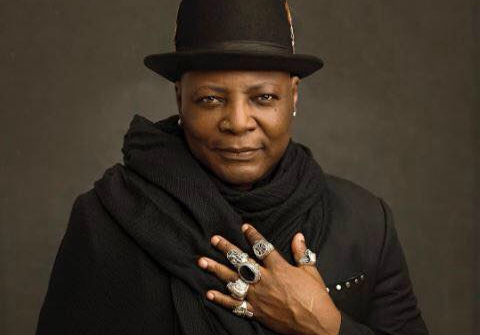 Convener of Our Mumu Don Do movement, Charles Oputa (aka Charley Boy) has said there is no proof that the Buhari administration is fighting corruption.

In a phone conversation with The Daily Report (broadcast on 4th Feb), the musician and activist said the government can’t honestly claim it is fighting corruption when it is surrounded by corrupt people and officials.

“How can you be fighting corruption when it is dancing Azonto in your bedroom,” Charly Boy, 67, said. “Everywhere you turn in this country, there is corruption. People are sick and tired of what’s going on.”

He added that Nigeria has sunken to its lowest in terms of leadership and other economic and social indices, because the country rates mediocrity over excellence and has different standards for punishing wrongdoing based on where the offenders come from or how rich they are.

According to him, the campaign to right all the wrongs of the past years is a marathon and not a sprint race. And he has been in the news many times in the past year, either leading a protest against an infraction by government or participating in one.

“It took a long time for them to get Nigeria to her knees as it is, so it’s going to take a long time to change that equation,” he said. “It may happen in a my lifetime or it may not, but one thing I’m happy about is that something has started already.”

On it’s website, the movement says it “is a national reawakening social movement dedicated to promoting social justice, accountability, transparency, good governance, and engendering a new social order in Nigeria through sustained activism and a formidable coalition…the movement aims to revolutionize politics by ending elite conspiracy and giving power to the rightful owners – the people.”

As the leader and face of it, Charly Boy said his focus in recent years has been to find bright young Nigerians and seek ways to support their drive towards creating a better country in the near future.

“These days I just get confused by the things I see — so much of negatives happening per second, per second. We’ve never been this divided before. Have Nigerians known the kind of hunger that they are experiencing now? People are scared. There is so much uncertainty  — I have never seen such height of insecurity before.

“I remember in 2015, people were so happy; they had high hopes that the next government would make this country better. See what has happened–breeze don blow, we don see fowl yansh.”

There are no emotions with Autistic Children -Dr. Akindayomi