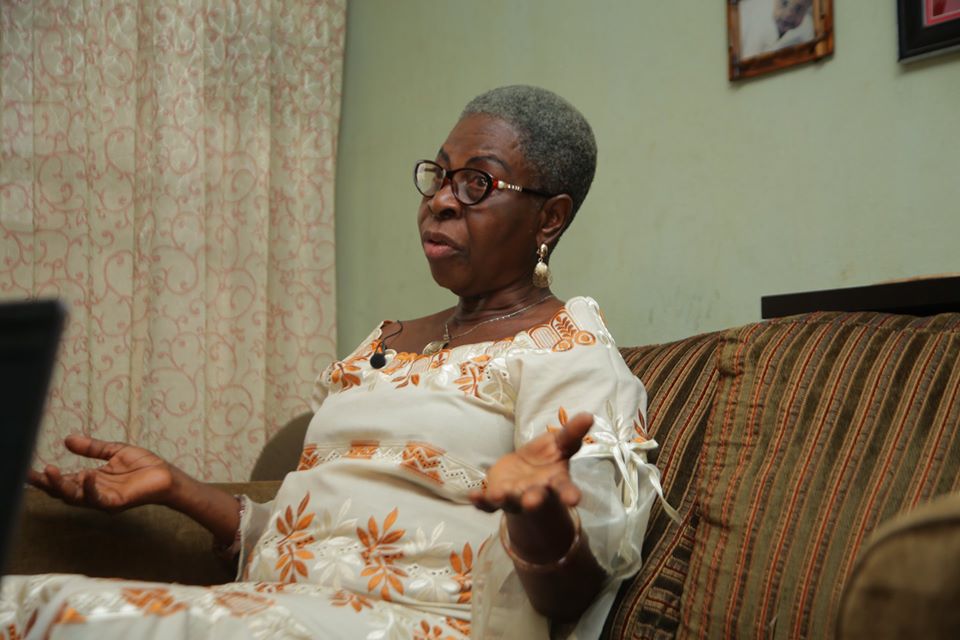 The creator of “I Beg Una” one of the longest running pidgin language program on air currently in Radio Nigeria (Metro fm), Mrs Ndidi Osaka has called on broadcast media regulators to enforce the codes presentation and what goes on air.

She said that most of the stations today were broadcasting what was not in good taste to the public.

Osaka who was speaking in Lagos as guest in our ongoing interview series on Candid Conversations with Veteran broadcasters in Nigeria said her heart was bleeding over what she hears on radio each day.

“My heart bleeds. I don’t know what’s happening these days. Someone will have an opportunity to go on air to utter what we call NTBB-Not To Be Broadcast. As we say in pidgin English, them born you well to open your mouth to talk rubbish for Radio Nigeria of yore”? they will show you the way out of the station”.

Mrs Ndidi Osaka wondered how a presenter would walk into a live studio without preparation and only to rely on telephone and the listener to supply the topic for discussion.

“As a presenter you must have met with your producer to decide on a topic, the angle, the content and duly approved at least 24 hours before the show. That’s how it’s done in broadcasting. Don’t present your like a superstar with little or nothing to give to the listener.”

Osaka further stressed that;” there are certain programs that should not go on air when you know it can put you or your station in trouble.

It can incite the public. Such mistakes can send you on forced sabbatical or back to the FRCN training school for another year”

Mrs Ndidi Osaka who also had a hand in some other pidgin language programs of yore like; “Na True I Talk”, “Long Throat Junction” urged broadcast station owners to employ producers and further train them in the art of production saying it was part and parcel of the broadcast chain.