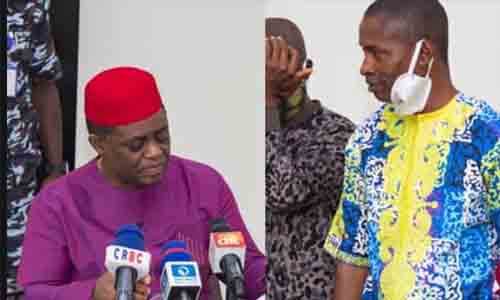 What my offense is exactly for asking a question when all the signs lay before me is what i am trying to understand with the insults.

He spoke about what led to point where he asked the question which earned him the title “Stupid” and harassment by one of the Aides of Mr Femi Fani Kayode.

Fani Kayode had shared the video on his official twitter handle, while explaining what he was doing in Calabar at the time.

The National President of the NUJ, Mr Chris Isiguzo while reacting to the ugly incident, acknowledged that while it was all shades of wrong for Mr Fani Kayode to hurl unprintable remarks and names at a reporter going about his normal job, Journalists need to understand that “people address you the way you present yourself”

Mr. Isiguzo also talked about why the problem of “Brown Envelopes” persists in the journalism profession.

Mr Isiguzo maintained that the Union expects Fani-Kayode to tender an apology for his gangster-like attitude and insults on Journalists.