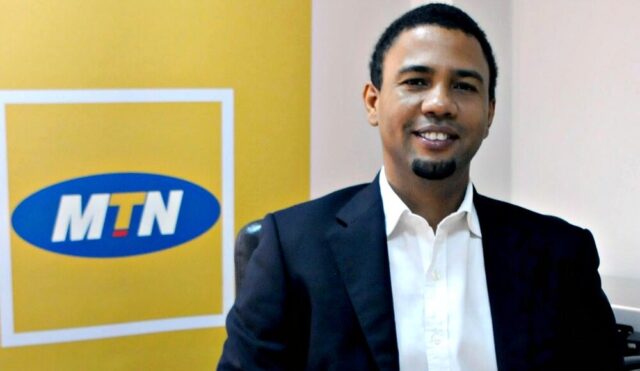 The Daily Reports says Fresh facts have emerged, in the sex scandal rocking MTN Nigeria with the resignation of another Senior staff, Mr Valentine Izuchukwu, following in the footstep of his direct boss, Chief Sales and Distribution Officer of MTN Nigeria, Adekunle Adebiyi who resigned early last month.

These resignations according to unnamed sources, are closely connected to the sex scandal rocking the organization. Recall that the Chief Sales and Distribution Officer of MTN Nigeria, Adekunle Adebiyi had resigned from the company in March, following the viral news detailing his sexual misconduct vis a vis intimidation and victimisation of some female employees of the telecoms giant.

The aggrieved employees of MTN had come together under the umbrella of ‘The Anonymous Whistle Blowers’ telling their story in a mail to the MTN Group Headquarters in South Africa. In that mail, the ladies called out the Chief Executive Officer of MTN Nigeria, Karl Toriola, for covering up the the mind-boggling sexual harassment and intimidation committed against them by Adebiyi.

In a string of mails forwarded to MTN Group’s headquarters in South Africa between April 2021 and February 2022, the aggrieved female employees, accused Adebiyi of using his position to intimidate young female staff, have sex with them and threaten them with sack letters if they spoke about it or rebuffed his request for sex.

There were speculations that the scandal also forced Cyril Ilok to resign, following the exit of Adekunle Adebiyi who is reported to be very close to the CEO.

The Daily Report reached out to the CEO of MTN, Mr. Karl Toriola via a text, to shed light on these developments and he clearly stated that “what happened to our colleague (Adebiyi) that left is unfortunate”

Toriola who was accused by “the Anonymous Whistle Blowers” of Complicity, was asked about what he meant when he said the exit of Adebiyi was “unfortunate” and why it seemed that a staff who was facing such grave accusation simply resigned and walked away, the MTN CEO gave no definite answer to these questions and other questions posed at him.

There were questions about allegations of an “entanglement” between Karl Toriola and a female staff of the organization, which the CEO rebuffed, calling it unsubstantiated.

“I understand the responsibility of a reporter to report news, and hope it will be done on the basis of facts. However, salacious stories of this nature damage much more than me as an individual, they affect the potential careers of all Nigerians to lead multinationals. I am the second Nigerian leading MTN, and have a responsibility to ensure my tenure lays the foundation for other Nigerians to succeed me, not only in MTN, but in all multinationals in Nigeria” He said.

Earlier a publicist (names withheld) for the telecoms giant had made several calls to the Daily report and arranged a meeting with our reporter, a meeting was held in Lagos but no answers were provided to the burning questions begging for answers.

This is a developing story!