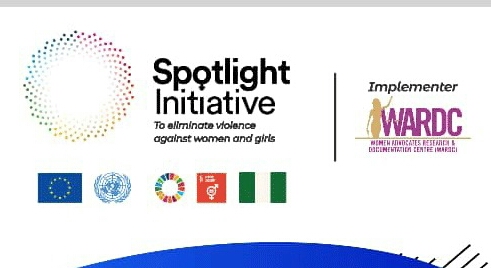 A Lawyer and Secretary General, Nigeria Network of NGOs, Mr Ayo Adebusoye has canvassed for the need to have more women participation in Politics so they can man leadership positions where decisions about women are taken, if Nigeria wants to urgently deal with the cases Violence Against Women.

Adebusoye made the call on the Daily Report with Ify Onyegbule on Star FM, while speaking on the Spotlight Project an EU-UN Spotlight Initiative being implemented by the Women Advocates Research and Documentation Centre (WARDC).

According to him, the importance of having women in such positions cannot be over emphasized “because until we attain that position, violence against women will still take prominence due to the wrong mindset of the inferior position of women”

He mentioned the likes of Amina Mohammed at the UN and Ngozi Okonjo-Iwela who he said were doing outstanding and amazing work on the global stage.

Adebusoye who spoke on the role of men in ending violence against women also shed light on countries like Rwanda and Ethiopia with a huge percentage of women at the highest wrung of governance.

Outside the shores of Africa, he said countries with Women as Prime Ministers like New Zealand, Taiwan and Germany have been touted to have the best successful response to the COVID-19 pandemic that has affected human beings and especially women the world over

On the issue of Family and roles in the home, Adebusoye  said that roles are changing from when it used to be just men going out to work and bring bread home, every one now has to work to make ends meet because of the agreement that the income coming in from both ends will be beneficial to the home.

He mentioned that misunderstanding and conflict of expectations can cause a rift in the home and result to domestic violence so man and woman must sit down and talk about how things will run in the home.

Adebusoye advocated for a common front amongst all stakeholders, Parents, Traditional and Religious leaders, the relevant organizations and individuals to work towards ending all forms of gender-based violence in Nigeria.

How can the men assist in the fight to end violence against women? Adebusoye drew attention to the fact that for some men they believe that once they’ve paid their wives dowry, they already ‘bought’ her and as such can violate her anyhow, he mentioned that this notion must change for things to get better.

He ended by saying that there is no justification for violence of any sort against women and called for collective action in this fight to end the violence that women face every day in Nigeria.