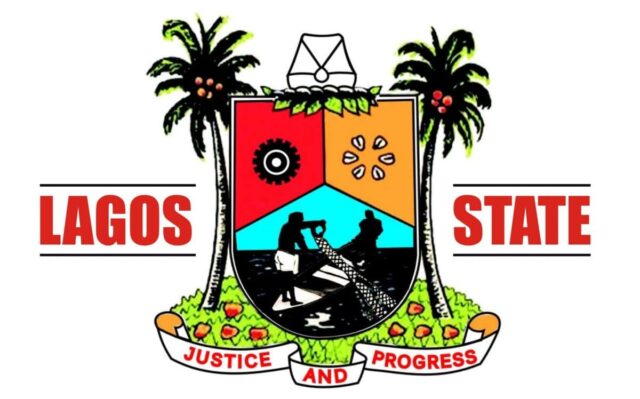 Members of the Ikota Traders Association are protesting what they described as the ‘unlawful’ demolition of their business premises by officials of the Lagos State Ministry of the Environment.

On September 15, the officials of the Environment Ministry led by Architect Gbolahan Oki and Engineer Omotosho, accompanied by policemen and thugs stormed the Ikota market and crushed and demolished to the ground property worth millions of naira. The Traders say they were not served any prior notice before the demolition.

In what appears to be a land grabbing scheme, the property, which is situated along the Eti-Osa/ Lekki Epe Expressway around Ikota First Gate near Mega Chicken busstop in Lagos State, was later reassigned to another business owner around the premises.

The Traders  have demanded that they should be restored back to the property and duly compensated for their loss. They made the demand in a protest letter titled: “Unlawful and premeditated demolition of the properties belonging to the Ikota Traders Association, and the planned re – allocation of the said; Land to a nearby business interest by name; Black Bell Restaurant and Time Square Mall.”

The letter which was signed by the president of the Ikota Traders Association, Mr Dipo Adebayo and the secretary, Mr. Hunter Gbasai, reads in part:  “Precisely on Thursday, the 15th day of September, 2022, men of the Lagos State Planning and Environmental Monitoring Agency, the Lagos State Building Control Agency in Company of men of the Special Operations Task Force, and a Colony of thugs, miscreants and hooligans led by Architect Gholahan Oki and Engineer Omotosho invaded “our business premises lying along the stretch of Km 14, at the Lekki/Epe Expressway in a commando – style destroying and demolishing all of our assets, properties and business premises.”

The traders who said they have been operating legitimately at the business premises in the last 15years without any disturbances or disruptions from any governmental agency, added that they always paid all their respective components of statutory charges, levies, taxes and rates.

The traders alleged that despite being extorted by the Lagos State government official who demanded N2.5 million from them; the same people mobilized thugs and policemen to demolish their business premises.

“Lagos State officials demanded money from us and cash of N2, 000,000 (Two Million Naira) was paid to Architect Gbolahan Oki while cash payment of N500, 000 (Five Hundred Thousand Naira) was also paid to Engineer Omotosho respectively. On same payment day, Architect Gbolahan Oki told us that both BLACK BELL RESTAURANT and TIME SQUARE MALL building are illegal because the land was supposed to face the Estate not set at the back.

“In one full swoop, businesses running into several Millions of Naira were demolished and Lagosians in their hundreds who were otherwise gainfully employed at our businesses were thrown into the unemployment market. This is but a sad commentary in this suffocating economic time in our country. It is a testament to the desire to acquire ill – gotten wealth and a great disservice to mankind for our businesses to be singled out for demolition without any official notice whatsoever only for the same Land to be allotted to a nearby business interest.”

“The traders therefore demand the unconditional restoration of their properties, payment of compensation for damages suffered, the immediate stoppage of re-allocation and re – assignment of the piece and parcel of land, and a letter of apology from the Lagos State government, and prosecution of those involved in the illegal demolition”.