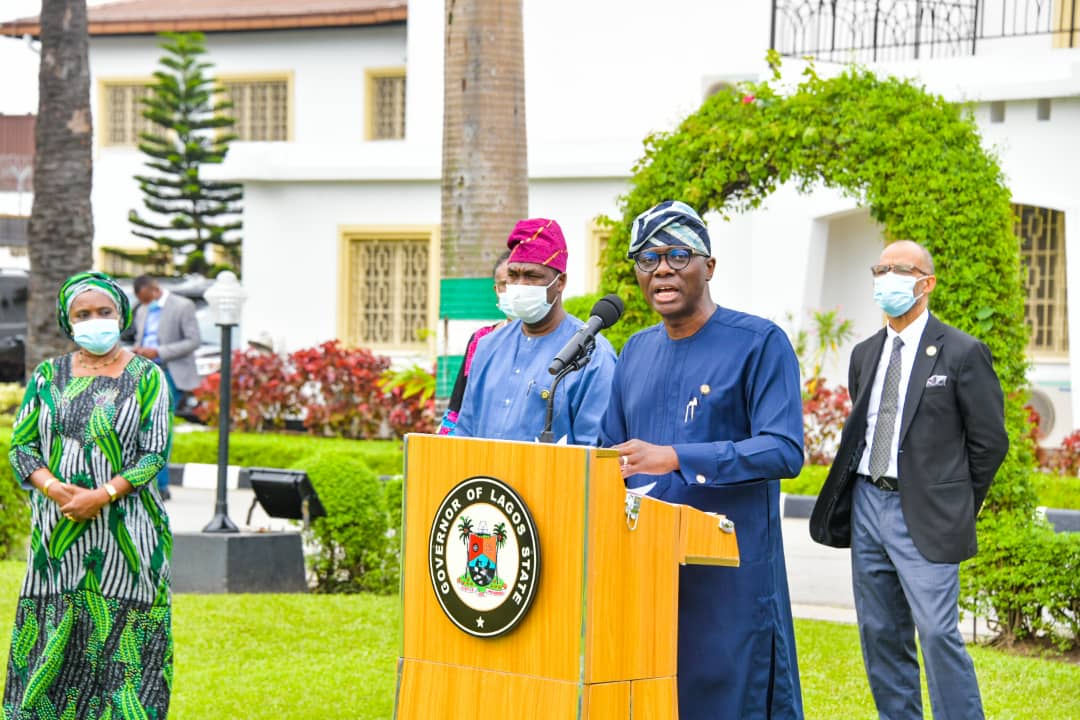 The Lagos State Government has announced the re-opening of basic and secondary schools in the state. However, nursery classes and crèche will remain closed.

In the same vein, the state government directed the reopening of gyms and cinemas across the state. Governor Babajide Sanwo-Olu, announced this during a briefing on Saturday.

The governor said the public schools’ resumption would allow the JSS 3 pupils to revise and prepare for Basic Education Certificate Examination (BECE) slated for October 12, 2020.

He also said students in SSS 2, will use the period to prepare for their transitional exams to SSS 3.

But, all pre-primary school classes, including nursery, day-care centres and kindergarten, in both public and private schools are not permitted to open.

“In the same vein, all private primary and secondary schools are permitted to resume from September 21. We have strongly advised school owners and managers to put safety first and open in phases similar to the announced schedule for public schools.

“School owners and managers are advised to seriously consider implementing a staggered daily resumption schedule, classes on alternate days during the week, and utilization of distance learning methods as a complement to physical classes. All pre-primary – nursery, day-care and kindergarten – classes and schools in both public and private schools must remain closed.”

The governor said all re-opened schools must comply with safety protocols and hygiene guidelines as instructed by the State Government through the Office of Education Quality Assurance (OEQA).

He said the department would monitor and evaluate schools’ preparedness.

He said; “For all other public school classes in primary school and JSS 1, JSS 2, and SSS 1, announcements for resumption will be made as soon as the State Government is satisfied that all necessary resumption protocols have been put in place.

“In the meantime, these yet-to-resume classes in public schools are expected to continue their lessons on our various distance learning platforms (online, radio, television and whatsApp) pending the announcement of dates for physical resumption.”

Meanwhile, Governor Sanwo-Olu has directed that from next week, all primary and secondary schools in the State that have more than two-storey structures will be subjected to integrity test to ensure the safety of pupils. The Governor was speaking against the backdrop of the collapse of Excel Secondary School – a private school – in Ejigbo area of the State on Saturday.

Sanwo-Olu observed that the school  flouted the State’s structural regulations, resulting in its collapse. He directed the complete demolition of the failed structure, while directing the Ministry of Physical Planning and Urban Development to embark on integrity test on all schools’ structures.

Go on, binge on the movies

The Lagos State Governor also granted permission for the immediate reopening of cinemas and gyms, but with a maximum of 33 per cent occupancy, stressing that there must be a minimum of two empty seats between occupied seats in the cinemas.

In the case of gyms; the Governor said there must be constant disinfection of machines and equipment throughout the day.

He said the State Government would be taking definite decisions on the reopening of night-clubs, bars, event centers, spas, public parks next month, warning that dire consequences awaited those in this category that may want to flout the restrictive order.

During the briefing, Sanwo-Olu further eased the restrictions on houses of worship permitting observation of daily prayers in mosques and granting mid-week services in churches.

In his words; “As regards our places of worship, we are now also permitting the mosques to resume their five times a day prayers; and in the case of churches, they are now also permitted to resume their mid-week services. We must not forget that the Coronavirus pandemic is still very much with us, and we must therefore strive to prioritise the safety of all our children, teachers, parents, and the entire society.”

He revealed that since resumption of international flights, the State Government had worked closely with the Federal Government and the Port Health Authority to monitor all flights arriving and departing the State.

He said Murtala Muhammed International Airport in Lagos recorded a total of 50 flights since September 5, carrying a total of 8,000 passengers.

“Despite this inbound volume of passengers, the number of COVID-19 positive still remains on the downward trend at fewer than five per cent”.