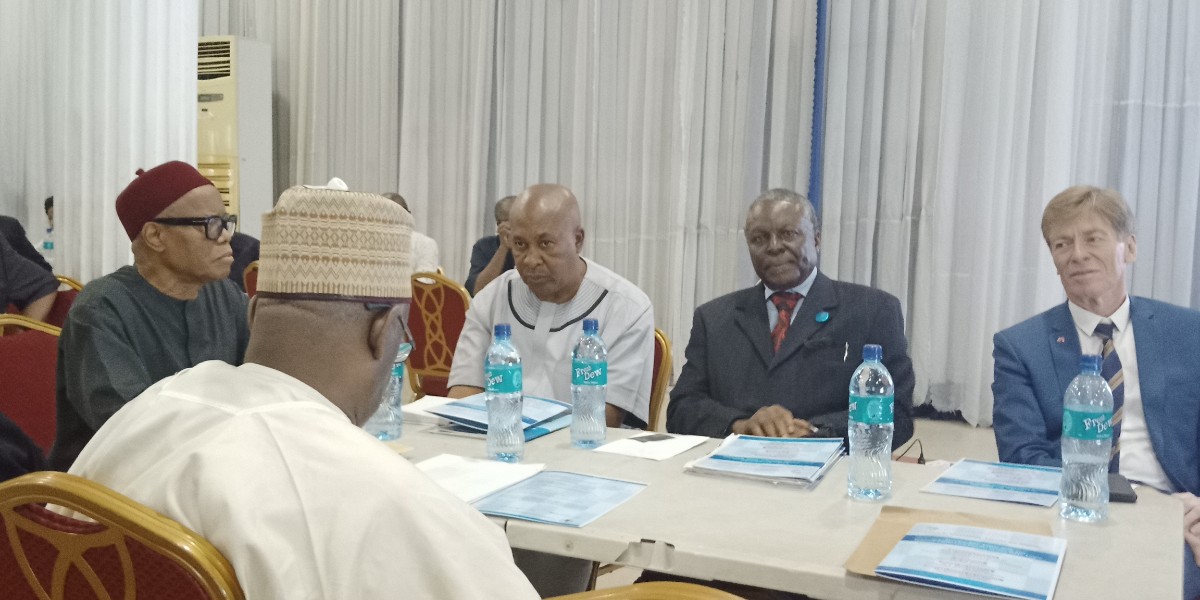 Nigerian academics and diplomats say Nigeria needs to redefine what it means to get an education and let knowledge drive its quest for national development.

“Education is not just going to school and earning a degree,” said Amb. (Prof) Ibrahim Gambari, a former Minister of Foeriegn Affairs and Former Under-Secretary-General of the United Nations, while giving the keynote address at the first Nigerian Knowledge for Development Partnership Roundtable, organised by Knowledge Hub Nigeria Ltd/GTE.

Nigeria, he added, has produced many professors over the last four decades but that has not translated much on the state of its economy or its development indices. He estimated that Kwara (his home state), for example, has hundreds of professors whose collective knowledge aren’t being engaged well enough to drive development.

“We need to relate knowledge and education to the global agenda and the philosophy of education should be for the complete transformation of the individual and society,” he said.

Emphasising that knowledge should be at the heart of Nigeria’s development, he called for a State of Emergency to be declared in the education sector and for a national commission to be set up to review existing policies.

“The objective of the Roundtable is to start the conversation towards addressing the challenges and opportunities of Knowledge Society and to identify key actions to advance knowledge in Nigeria in a targeted,systematic, integrated and timely manner,” convener of the Roundtable, Prince Lekan Fadina said in his opening remarks. “It is an effort to bring together many perspectives, facilitate collaboration, and joint implementation of activities.”

Knowledge Hub Nigeria (KHN) is the national partner of Knowledge.City of Vienna, Austria and also hosts activities of Knowledge for Development Partnership.

“What drives South Africa today is knowledge,“ said a former Nigerian Ambassador to Ethiopia, Professor Olusegun Akinsanya. “It is a knowledge-based society.”

Professor Emmanuel Oladipo, while giving a goodwill message, said a lot of what Nigeria has done over the years is “largely conjectural” and not based on any long-term planning.

“We don’t even know how many we are, because we keep tinkering with the census figures, and there is no accurate record of births as we speak,” he said. “A nation does not need millions of people with knowledge — one person with the right knowledge can transform a nation. Nigeria is rich enough to deliver a good standard of living to the people.”

Perhaps, the most revealing speech of the day was given by Guido Stock, Commercial Counsellor at the Austrian Embassy, who represented Ambassador Wetner Senfter.

Stock told a brief history of Austria dating back to the early 20th century, highlighting its struggles with nationalism and the devastation it suffered during the two World Wars.

“After the wars, we invested a lot in building excellent educational and vocational institutions,” he said of the country of 9 million. “Austria has become one of the wealthiest nations in Europe, from being one of the poorest before the World Wars.”

The key driver of its remarkable recovery, Stock added, is Austria’s investment in industrialisation, which contributes 20% to the country’s GDP. And that has yielded enormous results: the country produces and supplies the machines that lay railway tracks used in Australia, its much bigger neighbour; it also produces fire-fighting vehicles used in both Australia and New Zealand; and the engines of Mercedes Benz and BMW are produced in the country.

All these have been made possible because  of Education, Stock said — and being a member of the European Union Free Trade Agreement (EUFTA) since 1960.

In conclusion, he said that Nigeria took a positive step in signing the African Continental Free Trade Agreement. “It is very important to be part of a big market. While Nigeria is a big country of 200m people, in international terms it is a small market. Joining the ACFTA makes the country a more interesting country to watch.”