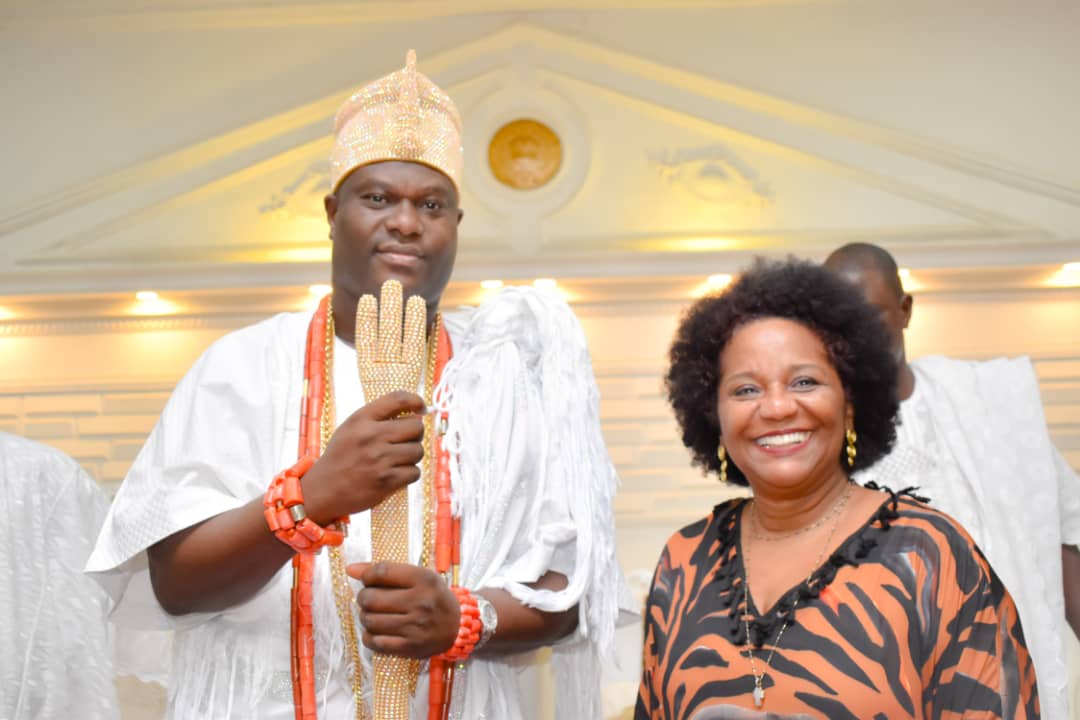 His Imperial Majesty, the Ooni of Ife, Oba Adeyeye Enitan Ogunwusi (Ojaja II) has said he plans to introduce yoruba traditional type of kingship to the Afro-Brazilian communities in Brazil.

“I want to take a crown there and create a blue blood lineage for them so that they can have their own kings,” he says at his palace in Ile-Ife, during a private meeting with Culture Secretary of Rio de Janeiro, Mrs Nilcemar  Nogueira, who is visiting with a delegation that includes the Director of the Samba Museum, Desiree Reis.

The meeting was facilitated by the Nigeria-Brazil Culture and Business Initiative.

Oba Ogunwusi also promised to support the establishment of the Oduduwa Heritage Home, which will be part of the Museum of Afro-Brazilian History and Culture, a project being overseen by Mrs Nogueira’s office and which will be sited at the Valongo Wharf, a UNESCO World Heritage Site, inscribed in 2017.

Valongo Wharf is acknowledged as the port where the millions of enslaved Africans were shipped into Brazil and the larger American continent. When completed, the museum, will tell the authentic story of the yorubas and become a cherished landmark, not just for Afro-Brazzilians but for black people around the world.

The United Nations says that around 900,000 slaves landed at the wharf in the 19th century alone.

“I have big plans for Brazil,” Ooni Ogunwusi says, after a name-giving ceremony for the visiting Brazilians. “I will donate the artefacts and send 30 of the best of our artisans and historians there to set everything up.”

Professor Wole Soyinka and the Lagos State government, through the Commissioner for Tourism, Arts and Culture, Steve Ayorinde,  have promised their support for the museum project. A grand opening of the museum is scheduled for the second half of 2019.