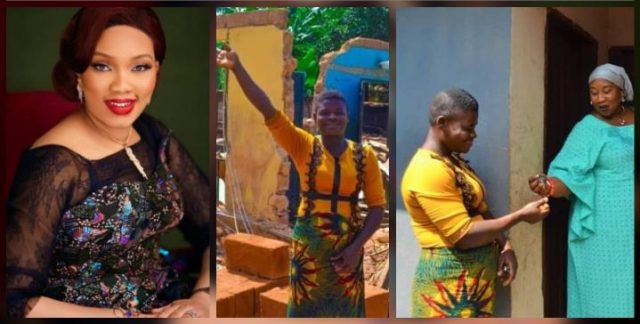 There was a huge smile today on the face of the widow from Ihite Ukwa in Orsu local government in Imo state, who cried out for help this week. 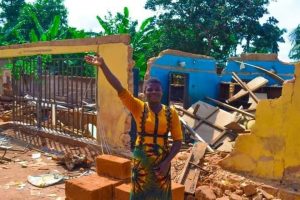 Mrs Ifeyinwa Okechi had told reporters from Heritage FM, Orlu who had gone to interview her that her late husband’s brother had demolished the house where she lived with her children. 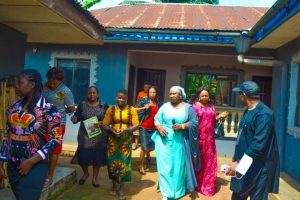 Fate and fortune smiled on her as her cries reached the office of the first lady of Imo State, Her Excellency, Barr Chioma Uzodimma who sent a team to meet with the widow as captured in this post (Below), on her verified Facebook account.
The First lady wrote…
On the just commemorated International Widow’s Day, I urged for concerted efforts against injustices faced by our widows and their dependents and sundry inhumane and obsolete widowhood practices while advocating for their support.
Targeted intimidation was the situation of a widow, Mrs. Ifeyinwa Okechi whose house was allegedly destroyed by her brother-in-law, and was rendered homeless, consequently. She hails from Ihitte Ukwa, Orsu L.G.A and lived with five children.
My foundation, The GoodHope Flourish Foundation (GHFF), in liaison with the Ministry of Women Affairs and Vulnerable Groups (MWAVG) has reacted swiftly. Firstly, we provided her with a conducive accommodation, fully paid with some financial assistance to enable her cater for herself and children, in the meantime.
Furthermore, a complaint has been properly lodged on the matter which will be thoroughly investigated to unravel the true position and actors in the case.
This gesture is to further reiterate our commitment and determination in ensuring the welfare of women, children, and vulnerable groups in the State. I appreciate everyone who has reached out to Mrs. Okechi and family in one way or another. May God reward and replenish you abundantly.
I appreciate the efforts of the clan/community leadership for throwing their weight into the matter and so, I have instructed the department of Woman Affairs/Widowhood, MWAVG, to follow up on the issue to a logical conclusion.
Barr. (Mrs.) Chioma Uzodimma
First Lady, Imo State