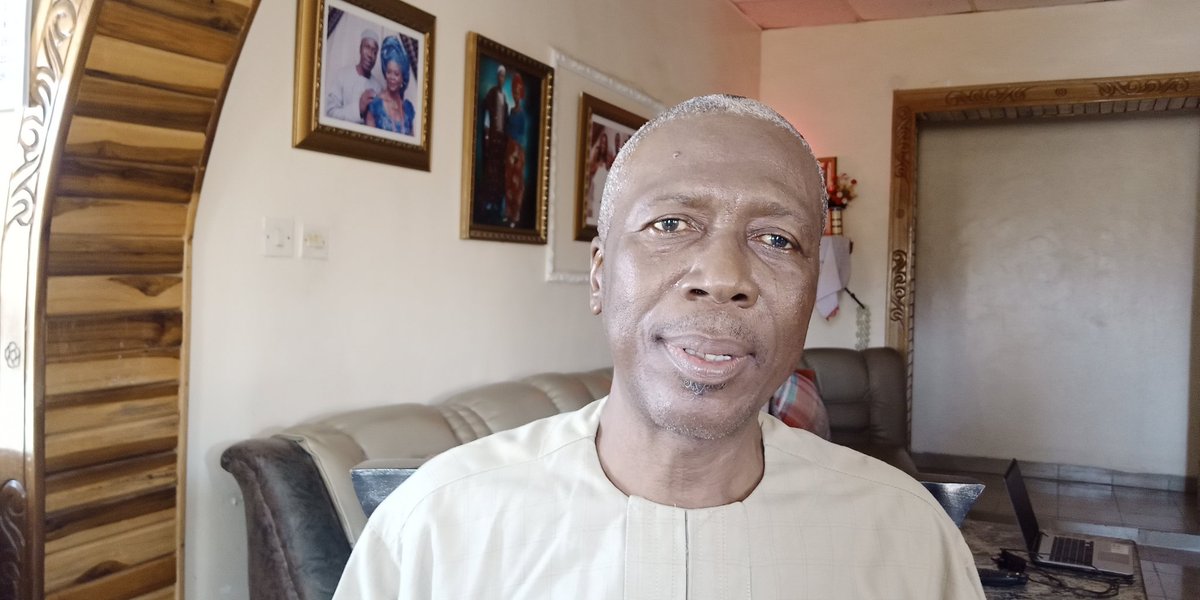 Former Director General of the Federal Radio Corporation of Nigeria, FRCN, Mr Ben Egbuna has called for the training and retraining of broadcast journalists, presenters and producers to check the current falling standards in the industry.

Egbuna gave the advice while chatting with the Daily Report Editorial Team comprising Ify Onyegbule, Pelu Awofeso and Charles Kalu at his residence in Lagos.

He said broadcast outfits should put in place structures that can help train new in-takes and understudy more experienced hands.

According to him, ‘No matter what they teach you at the university if not learnt on the job, then you’ve learnt nothing. The standards were very high during our time inspite of the fact that most of those doing the job were not graduates’.

Ben Egbuna who cut his teeth as a young reporter at FRCN in 1973 went through the ladder to become Executive Director of News in Voice of Nigeria, VON, wondered if post mortems were currently being held in the various newsrooms and presentation common rooms across broadcast stations in the country.

According to him, these meetings are important because they are held to critic the various bulletins and presentations and productions as a way of improving on standards and for better output.

The former DG of FRCN said the worst thing that has affected broadcasting is what he described as; Talk Radio. He said the trend has helped in in bringing down the quality of news writing and presentation in broadcasting.

In his recollection, he said “John Ndisika and Benson Idonije were great music programme producers who put in all, by sitting down in the music library to listen to all songs to be played on their show just so they know when to speak on the programme and not talking over lyrics as is being practiced now by several presenters.’’

“Also, you have to write your script for all programmes. Scripting is no longer a way of life for the broadcaster in Talk Radio presentation and production. They hardly have producers to produce and oversee these programmes. Producers cannot be wished away in productions. The producer puts together the programme, the scripting, the guests and directs and controls the presenter if he veers off the programme.’’

Another issue which Egbuna frowned at is the use of telephones. He said telephone had taken over normal programming so much so that the listener has taken total control as well as setting the agenda for the station.He said telephone only complements the job of the presenter or the producer.

On his efforts to improve the quality of the FRCN Training School in Lagos while he was the Director General, Egbuna said he had work towards improving the curricula and academic excellence of the School. He also mentioned that he ensured that the School was no longer seen as a dumping ground for some staff seen as never-do-wells in the corporation.

The former DG noted that the School was established as an in-house training facility to improve and enhance the productivity of the staff.

While calling on supervisors and bosses in broadcast outfits to be fully involved in the content development and quality control of the input and output, he warned that charlatans may take over the industry in the nearest future if there was no redress to that effect.

According to him, ‘’ a supervisor should be in-charge of quality control. The supervisor must be knowledgeable and have the ability to correct while those being corrected should not see it as punitive’’

The former DG of FRCN also expressed concern that supervisors and producers do not listen to their programmes hence no consequences for any mistakes or failures.

He opined that scripting was very important in broadcasting as it guides what you do and what you say as a producer or presenter hence the need to have bullet points to guide you even if you can’t get a full script.

Mr. Ben Egbuna appealed to broadcasters to always maintain the standards because it is believed that whatever a broadcaster says is taken as gospel.