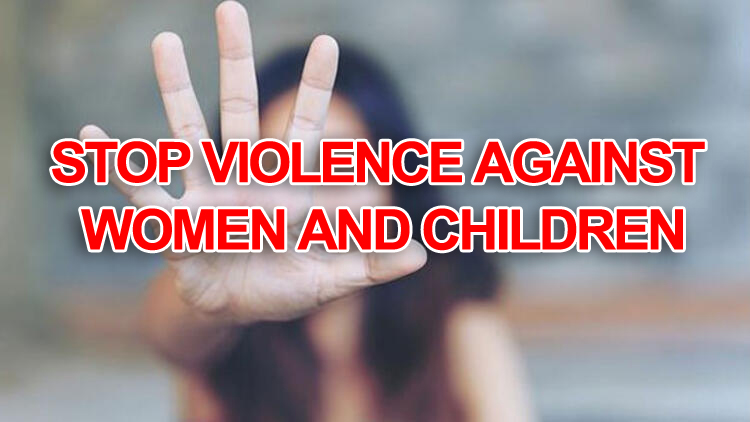 The Presbyterian Church of Nigeria has added  her voice to the increasing calls against violence and all form of sexual harassment and intimidation on women and children across the country.

Ministers of the Church,  their spouses and other stakeholders took to the streets of the city of Calabar, the Cross River State capital  in black attires to lend her voice against those vices.

They carried banners  with various inscriptions  chanting;   “Enough is Enough, No more Violence, No more Rape!”

The Clergy Men and Women and their spouses who are attending an annual PCN  retreat in Calabar kicked  off the peaceful walk  from the prestigious Hope Waddell Training Institute through the Cross River  Governor’s office at Diamond Hill  to the popular Watts market, and the Murtala Muhammed Highway and terminating at the Church auditorium saw women and men chanting, clapping and singing in various  groups with banners.

Speaking to our Correspondent;  the Deputy Clerk Presbyterian Church of Nigeria, Right Reverend Solomon Okoro said that the peaceful march  offered the Church the  opportunity to lend their voice against the critical issues that had been silent  in the society for a long while.

“…Today is actually a strategic day because the Church is lending a very strong voice to a very critical issue in the public, the issue of violence against women and children is a very critical issue but had been very silent  and the Presbyterian Church of Nigeria today, the Ministers and their Spouse’s in their 2020 Minister’s Retreat have decided to make this statement by this walk for life, saying No to such violence against women, children and even men….”

He went on to say that; “We have moved round the city of Calabar and we announced to the City that the time has come when we must put an end to violence against women and children.

Those who are victims of violence need to speak up; don’t keep quiet; find someone to express yourself, and  the law enforcement agencies should make it more conducive for women and victims of violence to speak up. We must raise a voice continuously until the awareness become strong in Nigeria. We will not accommodate violence against the vulnerable, the strong should not intimidate the weak.”

For her part; the Wife of the Prelate of the Presbyterian Church of Nigeria, Elder Mrs Chinyere Nzie Eke said  one way to tackle this societal  menace is the need for people to learn how to show sincere  love toward one another.

She said “People should learn to love one another, love others as you love yourself. When you have sincere and deep love for another person you will not harm such a soul, you will not show any form of wickedness because their is love in your heart.”

” There is also the need to know that human beings are created in the image  and likeness of God, if you see the image of God in another person, you are seeing God. Whatever thing you will not like another person to do unto you, don’t even try to do it to another person.”

In a related  development,the Coordinator of the Campaign , Very Rev. Ikechukwu Anaga explained that the essence of putting on Black attire was to mourned with those who have suffered abuses and harassment over  time and are  passing through emotional and psychological trauma.

“…We are looking forward to a time in our society when there will be no violence,  our children will walk the streets of our country without fear, our women in their various  homes will have rest of mind without anybody smacking like  their husbands or somebody who feel their are of weaker sex, there is nothing like weaker sex we are created in the same image. They carry the image of God just as men also  carry the image of God.”

He  however called on Ministers of the gospel to use the scripture to interpret to their congregations to desist from all forms of violence and abuses while the Government and Non Governmental Organizations  must increase the drive and campaign to curtail the menace of violence in the  society.