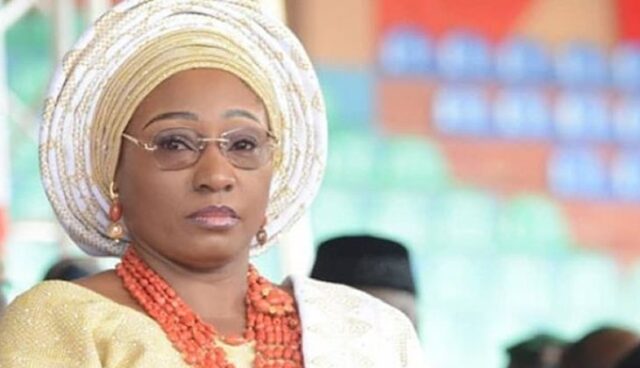 Erelu Fayemi, in a petition through her lawyer, Luke Ekene Mbam, dated 14th November 2022, demanded an investigation of Abimbola Olawumi’s infractions, infringement and invasion of her privacy.

Fayemi noted that Abimbola’s unprovoked attacks through social media are in clear violation of the provisions of Section 24 of the 2015 Cyber Crimes Act.

Abimbola, in different posts on her Facebook page, had accused Bisi Fayemi of shielding “family members” from arrest and prosecution for alleged sexual offences.

According to daily post, Abimbola also accused the former Ekiti first lady of money laundering to the tune of N500 million in Dubai and stealing the sum of N710 million weeks after her husband’s inauguration as the Governor of Ekiti State in 2018.

While asserting her innocence and defending her integrity, the former First Lady urged the police to save her from further cyber-attacks from the accuser.