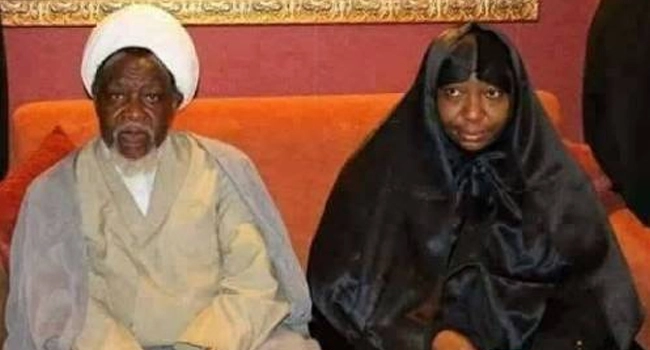 The wife of the embattled leader of the Islamic Movement in Nigeria, Sheikh Ibrahim El-Zakzaky, Zeenat, has reportedly contracted COVID-19 at a correctional centre in Kaduna State.

The spokesman of the group, Ibrahim Musa, confirmed the news and said Zeenat tested positive for COVID-19 a second time on January 20, 2021.

Mr Musa while speaking to Channels TV, appealed to the authorities of the Nigerian Correctional Service to allow El-Zakzaky’s wife to seek proper medical treatment in line with COVID-19 protocols.

His appeal is coming less than a week after members of the movement renewed their demand for the release of their embattled leader, his wife, and other members of the group still in detention.

The Chairman Resource Forum of the IMN, Professor Abdullahi Danladi, said that four years after a federal high court freed El-Zakzaky and his wife, the Federal Government has refused to obey the court order.

El-Zakzaky was arrested in 2015 and is being tried by the Kaduna state government over allegations of culpable homicide, unlawful assembly, disruption of the public peace, and criminal conspiracy among others.