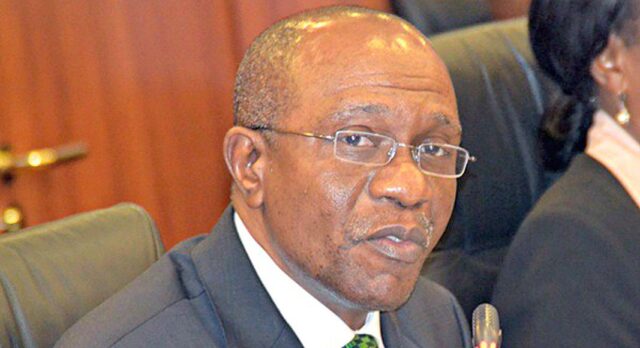 A Federal High Court sitting in Abuja has declined a request by the Governor of the Central Bank of Nigeria (CBN), Godwin Emefiele to restrain the Independent National Electoral Commission (INEC) and the Attorney General of the Federation (AGF) from taking any steps against his interest pending the determination of his suit against them.

Emefiele, by a suit marked: FHC/ABJ/CS/610/2022 challenging the legality of Section 84(12) of the amended Electoral Act and to prevent its application on him in his aspiration to contest the next presidential election.

On Monday, his lawyer, Mike Ozekhome (SAN) moved that in view of the urgency of the case, the court should direct all relevant authorities to maintain status quo ante bellum (allow things to remain the way they were before the suit was filed) pending the determination of the suit.

“By Wednesday, 11 May, 2022, the timeline for collecting the form for expression of interest will expire”.

“The motion is seeking that the court should grant an order for maintenance of the status quo. Let my lord not allow anybody to do anything”, this is part of  Ozekhome’s prayer on behalf of Emefiele.

In his ruling, Justice Ahmed Mohammed declined to order the maintenance of status quo as prayed by Emefiele’s lawyer.

Instead, Justice Mohammed directed that the defendants be put on notice of the motion for them to respond by showing cause why the prayers sought by the plaintiff should not be granted.

The judge said: “Having listened to the learned senior advocate and having read the affidavit in support, an order is hereby made directing the defendants to appear on 12 May,2022 (12pm) and show cause why the motion ex-parte seeking maintenance of status quo should not be granted by this court”.

“An order is made to serve the court processes on the defendants”.