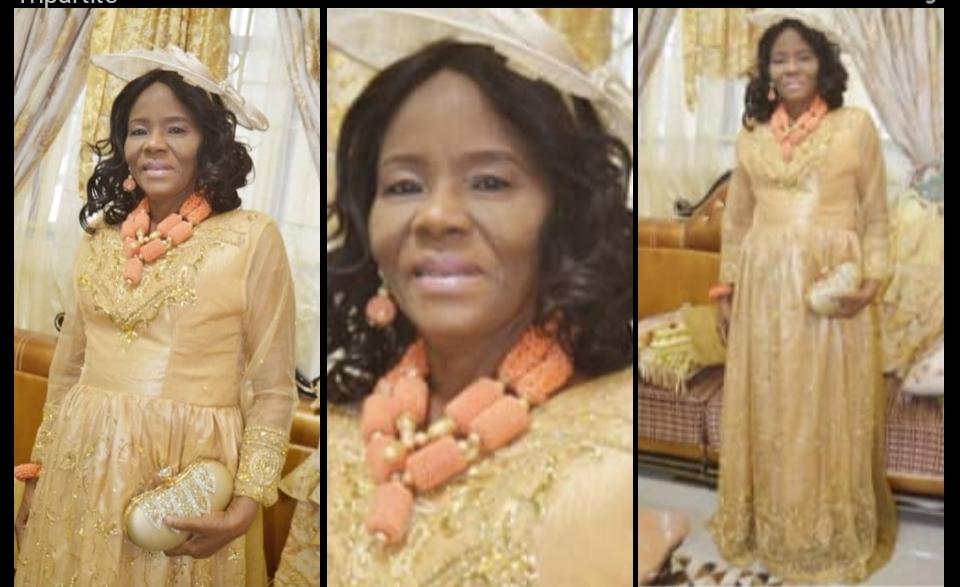 Details have emerged about how 70-year-old Lady Beatrice Ibeh died at the Coronavirus Isolation Center located on the premises of Collery Hospital, Enugu.

A member of the family who wished to remain anonymous said Lady Beatrice Ibeh had just returned from the UK where she went to visit her children but took ill and her family rushed her to the University of Nigeria Teaching Hospital (UNTH), Enugu where the officials refused to attend to her.

According to family sources, the health workers including nurses and doctors took to their heels on sighting her, because of the apprehension associated with handling persons infected with such a deadly disease.

She was thereafter moved to the Enugu State University Teaching Hospital (ESUTH), Parklane, where some tests were recommended before she was finally sent to the State Disease Isolation Centre, Colliery hospital, which is a part of Parklane hospital, while still expecting the results from the samples collected from her.

The family sources told Daily Report that “another letter was written and sent to Governor Ifeanyi Ugwuanyi via WhatsApp, following up with a text message to his 2 lines, this is different from the letter written by Mama’s daughter in the UK”

“We are surprised that they are saying that the photos of the decrepit isolation center are fake, I have videos and videos can’t lie”

When asked to confirm that Lady Ibeh died at the isolation center and whether she had other health issues, the source said “Mama was diabetic and had shunt surgery at Regions Hospital, Independence Layout, Enugu before leaving for the UK, only to come home and die at this terrible isolation center”

“She was taken to the Isolation Center on a Friday night, her sample was taken on a Saturday and she passed on Sunday, I believe she was depressed because she saw the publication that said she was a suspected case of the Coronavirus, the way she was treated in that environment, a very uninhabitable place affected her state of mind I want to believe and she died, our mum died just like that”

“May be I should also tell you that we still don’t have the death certificate of our mother, we had gone there to collect it and we were told that mama’s next of kin, her husband should come and collect it and he lives in Aba, I asked if I can get a letter of authorization from him and they said they would get back me but I have not heard from them”

Earlier in the week, the Enugu State Commissioner of Information, Mr.Nnanyelugo Chidi Aroh  had earlier told the Daily Report when he was reached to confirm the death of the woman and the photos of the isolation center that went viral and he said the issue about the death of Lady Ibeh would be addressed after a meeting with the state governor, a meeting which was held on the 18th of March, 2020 and no mention was made in the press release concerning the matter.

The Permanent Secretary, Ministry of Health, Dr. Ifeanyi Agujiobi while briefing the press, after a meeting with the governor said the Enugu State Government had approved the sum of three hundred and twenty million naira (N320m) to tackle the scourge of Covid-19 in the state in case of any outbreak.