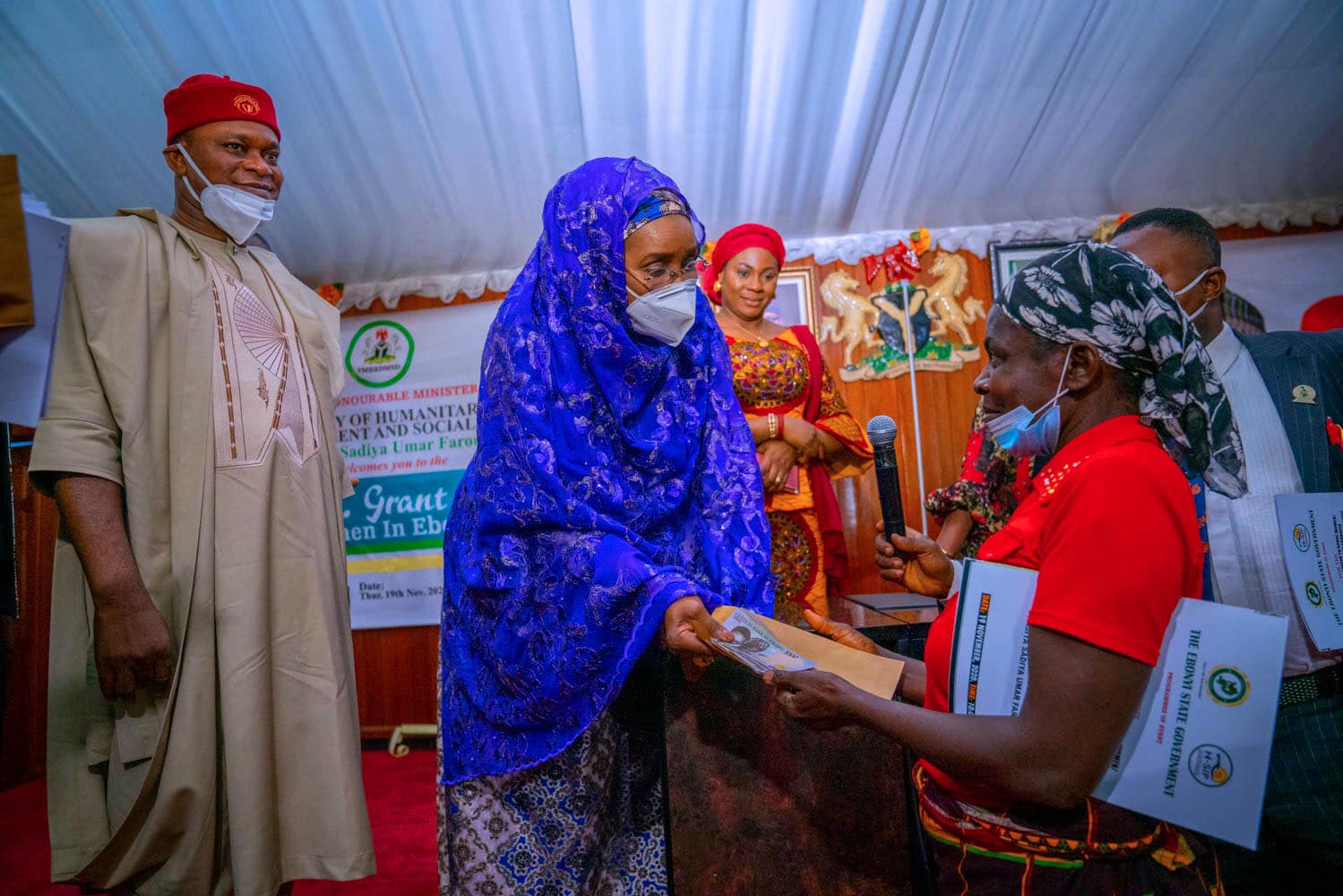 The Minister of Humanitarian Affairs, Disaster Management and Social Development Sadiya Umar Farouq has kicked off the Federal Government’s cash Grant for Rural Women in the South East.

The programme was launched in Ebonyi state last week by Hajiya Sadiya Umar Farouq at the Old Government House, Abakaliki.

A statement by the SA Media to the Minister, Nneka Ikem-Anibeze quotes Hajia Farouq as advising the women to make judicious use of the one-off N20,000 cash  Grant by starting up petty businesses or adding the seed money to already established small businesses.

“Our message to them is for them to utilize this money judiciously by starting up small businesses so that by God’s grace, this money will multiply and they will be able to take care of themselves and their families.

“We expect the Ebonyi state government to assist these women with advise, support and expertise and follow up on them in order to guide them with the business they decide to embark upon”.

In his response, the Governor of Ebonyi state Engr David Umahi praised President Muhammadu Buhari for the initiative which he said will go a long way in assuaging the sufferings of rural women in the state.

Governor Umahi who was represented by the Deputy Governor Eric Kelechi Igwe described the visit of the minister as timely, promising that the women will turn over the seed money given to them very soon.

According to him, “Women are very hard working. If men were the ones who got this money, they would have taken wives the next morning. Women don’t dictate to their husbands but they determine that food is in the house. For this gesture, we are appreciative and we will continue to ask for more”.

The Deputy Governor also appealed to the minister to fashion out ways of appraising the program to assess their performance in the business or whatsoever they have chosen to do with the seed money.

According to the Minister, is expected that over 200 women from the 13 local government councils of Ebonyi state will benefit from the Federal government’s Cash Grant for Rural Women.