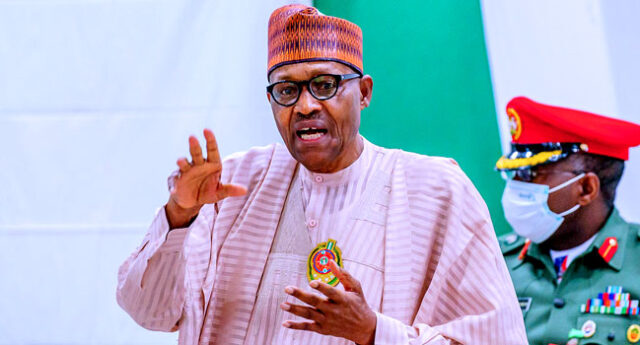 President Muhammadu Buhari, on Wednesday, ordered members of the Federal Executive Council, FEC, with ambition to contest for elective offices in 2023 general election to resign on or before May 16,2022.

The Minister of Information and Culture, Alhaji Lai Mohammed disclosed this while briefing State House Correspondents shortly after the weekly Federal Executive Council meeting presided over by President Buhari at the Presidential villa, Abuja.

He said he did not have the mandate to speak about the fate of other political appointees who are also vying for elective positions but are not members of the Federal Executive Council.

Some of those affected are the Ministers of Transportation, Rotimi Amaechi; Niger Delta Affairs, Godswill Akpabio; Labour and Employment, Chris Ngige; Science, Technology and Innovation, Ogbonnaya Onu, Minister of State for Education, Emeka Nwajiuba; Justice and Attorney General, Abubakar Malami, who have joined the presidential race on the platform of the All Progressive Congress (APC).

Other members of the Council who have signified interests to run are the Minister of State Mines and Steel, Uche Ogar, who is running for governorship position in Abia State, the Minister of Women Affairs, Paulline Tallen, who declared her ambition to contest for the senatorial seat in Plateau State.

Meanwhile, President Muhammadu Buhari has welcomed the decision of the Minister of State for Education, Chukwuemeka Nwajiuba to tenser his resignation letter to him so as to pursue his presidential ambition.

Buhari commended him for his action during the FEC meeting in Abuja saying it was to avoid a conflict of interest.