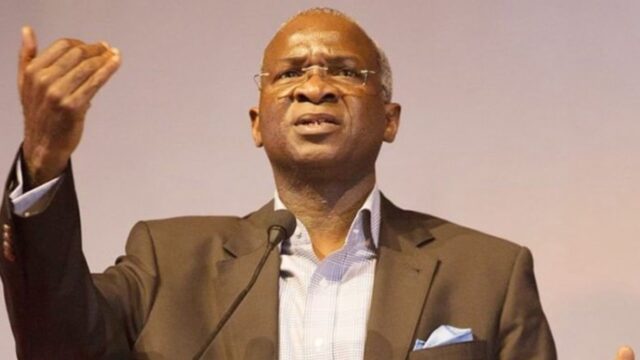 Nigeria’s Federal Minister of Works and Housing, Babatunde Raji Fashola, has called out government officials to Work when they need to work and not pray in the places of work.

Fashola in a video posted by Abisola Alawode on his twitter account, stated that the continuous prayers for the country were not working because government offices hold prayer sessions throughout the day instead of working.

The former Lagos State governor clearly stated that there is a time to serve God and the time to work.

According to Fashola, “You see every time you go to government office now, in the morning is prayer, in the afternoon is prayer. In markets now. I didn’t grow up to see that but the question to ask ourselves is it working? So maybe we should go back to what used to work.

The Minister was speaking at a symposium titled ‘Beacon of hope for a new Nigeria’ which was organized by the Church Wardens of the C&S Movement Church, held at the Gabriel Olubunmi Memorial Cathedral in Lagos.