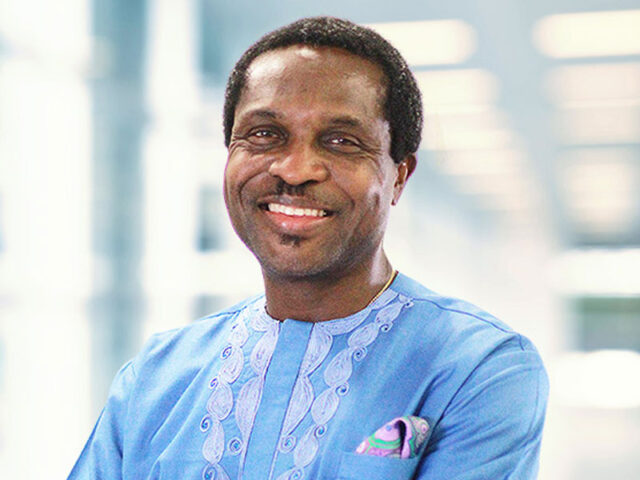 A governorship aspirant with the All Progressives Congress, APC, in Rivers State, Tonye Cole says one of his major goals would be to ensure that education is given priority in the state if he becomes the governor by 2023.

Cole made the pledge while addressing a combined team of his political campaign organization and the Tonye Princewill Political associates in Port Harcourt.

He said he will work to ensure that Rivers State was promoted as a city state among city states across the world.

Tonye Cole said he will ensure that the APC in Rivers state becomes a formidable party positioned to win elections.

“What is our goal? One, develop Rivers State and bring it back to its enviable position, two build a party that is strong and carries the interest of those who have sweated for the party and three,to make sure that when you start looking at states in Nigeria, you look at Rivers either as an investment state or educationally advantaged state”.

“You will see a party that is coming together united with a common purpose unlike in 2019 when the party was bitterly divided and factionalized hence the decision to build a party that is united. And the unity comes at a particular cost. I must be able to showcase to everybody that I will be fair to them and their interests”. Tonye Cole said.

For his part, the Leader of the Princewill Political Associates and former governorship candidate in Rivers State, Prince Tonye Princewill restated his commitment to the growth of the party and ensuring that Tonye Cole emerged as the standard bearer of the APC in the 2023 governorship election in the state.

“Collapsing of structure is to ensure a collective responsibility. The principle of an individual’s battle is no longer there. I told Tonye(Cole) that I am unhappy myself, I worked hard because I wanted to be the candidate but only one person can emerge and that person is Tonye Cole and I  congratulation you. My responsibility now is how to make sure you succeed so that we all succeed. We are in this fight together, we are in this battle together. It’s a collaboration”.

Princewill explained that Tonye Cole was a consensus candidate among some governorship aspirants but disclosed that the party will still organize a primary for those who are willing to go into a contest for the emergence of a standard bearer for the APC in Rivers State.