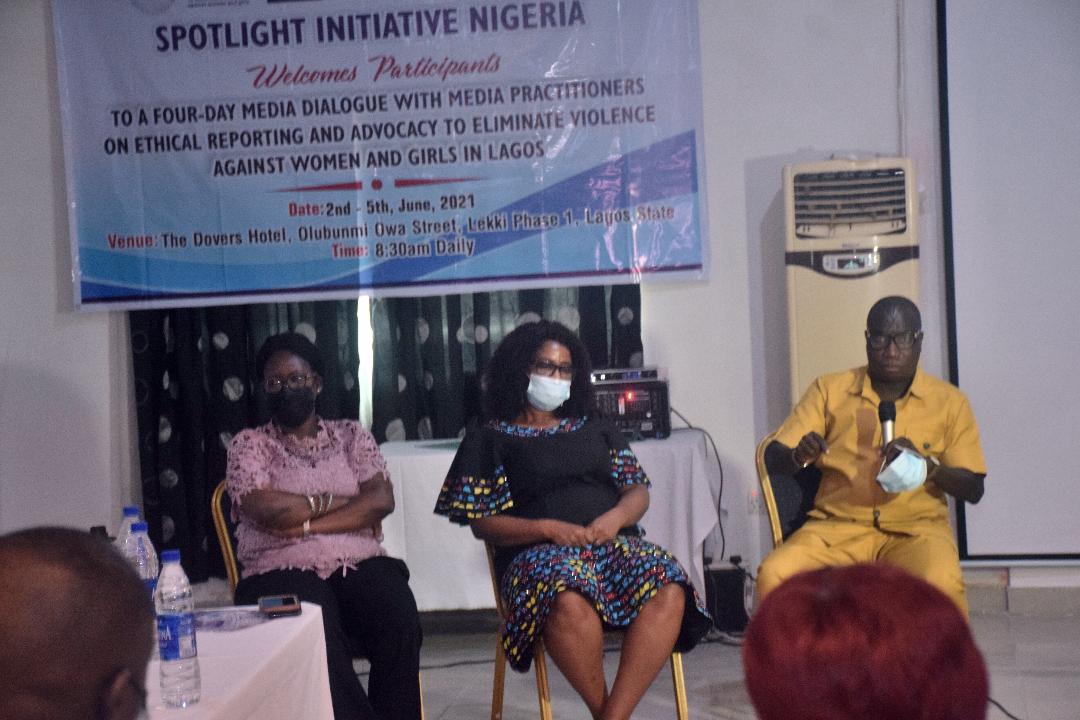 As the cases of Violence Against Women continues to rise in the country, a Consultant with UNICEF, Foluke Omoworare has stated that 36% of Married Women have experienced either emotional, sexual or physical violence perpetrated by their husbands or Partners.

Omoworare was speaking at the opening of a 4-day media dialogue in Lagos, Nigeria, to brainstorm with Journalist on Ethical reporting and Advocacy to Eliminate Violence Against women and Girls.

The Coordinator of the Spotlight Initiative in Lagos, Omoworare while representing a Child Protection Specialist with UNICEF, Denis Onoise, noted that the perpetrators of child molestation are oftentimes people who are known to the children and are sometimes close family members. She mentioned that one in Four girls has experienced sexual violence while women and girls with disabilities fall into the category of those with higher chances of being sexually molested.

The Chief of Operations, UNICEF Lagos, Muhammad Okorie who expressed delight at the gathering of journalists and other stakeholders, called on the media to carry on this torch of eliminating violence against women, something he said had snowballed into a global concern. Okorie frowned at the trend which he said was hindering women from blossoming and attaining their full potential in all fields of endeavour.

A Director at the National Orientation Agency in Lagos, Dr. Waheed Ishola mentioned that the NOA as one of the implementing partners of the Spotlight Initiative had done extensive work aimed at eliminating violence against women, working with people in local communities, through the Community Dialogue Sessions.

Through these dialogue sessions, Dr. Ishola said deductions were made to the fact that some of the people in the communities blamed the incessant quest for money, drug abuse, irresponsibility amongst the men, lack of morals, indecent dressing by young girls, the quest for fame by women and poverty as some of the reason for violence against women and girls.

Contributing to the dialogue, Olasunmbo Daniel, an Assistant Director with the Lagos state Ministry of Youths and Sports Development said progress had been made in implementing the Spotlight Initiative through capacity building and strengthening of 156 child protection stakeholders, social welfare officers, health and education officers amongst others.

Daniel mentioned that the Child Protection Unit of the Ministry has attended to Four Hundred and Fifty-Five (455) cases of Child Protection concerns in the last one year, promising that the ministry will continue to work with stakeholders in ensuring that children are all protected in Lagos state.

The Media dialogue which continues till June 5, 2021 is organised by the Spotlight Initiative, Nigeria, the Federal Ministry of Information and Culture in partnership with the United Nations Children’s Fund (UNICEF).