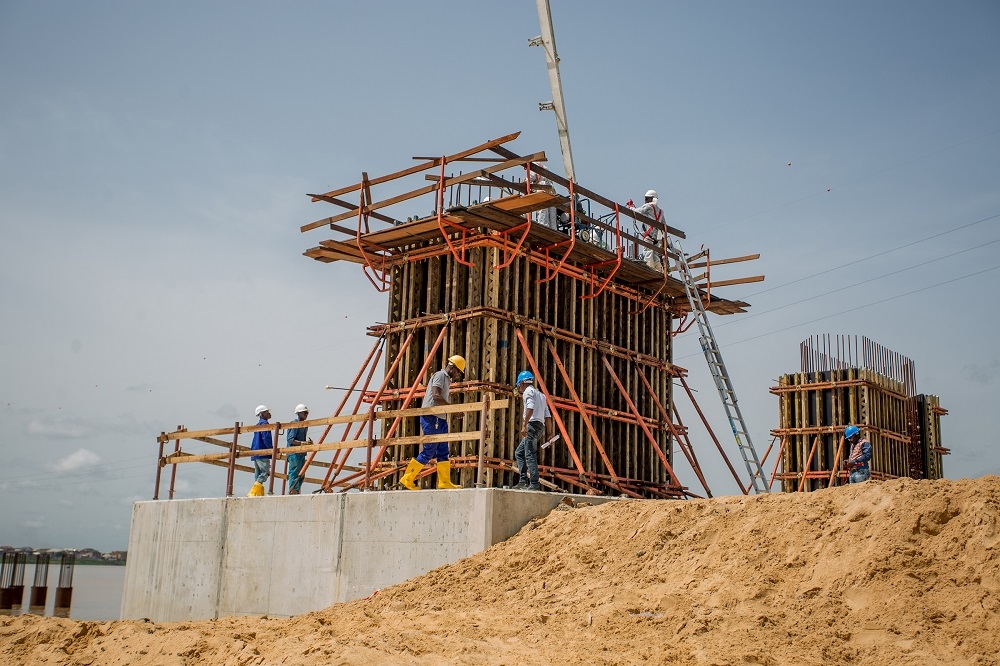 The contractor handling the construction of the 2nd Niger Bridge, Julius Berger Construction Company has expressed optimism the bridge will be ready for use by February 28, 2022.

The Project Director, Mr Fredrick Wieser stated this on Tuesday (8th January) when the Anambra State Governor, Willie Obiano paid a visit to the site for an on-the-spot assessment of the work done so far.

Wieser said the construction was in three phases. “Right now we are doing the foundation work in the river which will be 50 meters deep. The piling work in the river will be 15 meters above water level to allow free flow of ship,” Wieser says, explaining that the bridge will be 1.6km while the access road from Asaba end is 3.3 km and 7km from Anambra end.

The Project Director disclosed that the Federal government made advance payment of 15 percent (30 billion Naira) as mobilization. In his remarks, Governor Willie Obiano expressed satisfaction at the standard and pace of work at the 2nd Niger Bridge.

He noted that the bridge would be a veritable potential to boost the economy of the South East when completed. Obiano expressed delight at the Federal Government’s determination in intervening in all the federal projects in the South East.