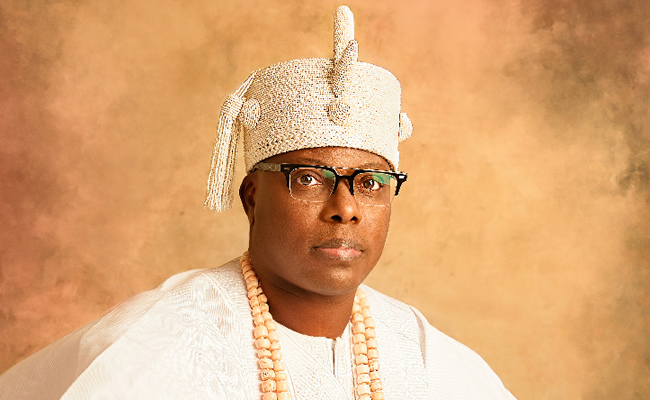 Traditional rulers, Elders, indigenes and other stakeholders in Eti Osa have rejected a proposed bill by the Lagos House of Assembly seeking to cede them to Epe division from Lagos Division.

In a communique signed after the emergency meeting on Wednesday at Eti-osa local Government secretariat, Igbo-Efon, Lagos, the people and their leaders outrightly rejected the bill which has passed both the first and second reading on the floor of the state house of Assembly.

The communique also stated that a committee to be led by the Oniru of Iruland,His Royal Majesty Oba Gbolahan Lawal will be at the public hearing at the State House of Assembly tomorrow, Friday,12 February to make their decision known to the House and also present a memorandum stating that Eti-osa rejected the aspect of the proposed bill taking Eti Osa away from Lagos Division.

Commenting on the development, the Royal father, commended the efforts of the representatives of the constituencies in the state Assembly, Hon. Gbolahan Yishawu and Hon. Naveen Adams who called the stakeholders meeting and brought bill to the attention of the people within 48 hours.

He said he is in support of his people and since their representatives are minority in the house, everyone will work together to ensure that the proposal is rejected.

Also speaking at the event,Oba Adetunji Akinloye,the Ojomu of Ajiranland pointed out that this is a democratic setting, Eti-osa is viable to Lagos economy and cannot be ceded to Epe where it shared no cultural affinity,rather the status quo should be maintained.

Former state Commissioner for Finance,Wale Edun said the gathering proved that we are in a democratic setting. According to him,the Bill is politically motivated. He supported the royal fathers that Eti-osa will not joined the new division.

Barr Adewale Sanni, President, Eti-osa Heritage Organisation said Eti-osa should maintained its status quo. According to him; ‘Initially it was moved to Ikorodu division before it was brought back to Lagos division. Everyone in Eti-osa has a root in Lagos Island. The language in Epe is Ijebu and Eti-osa indigenes don’t speak Ijebu’

Sanni insisted that; “Eti Osa shall not accede to the proposal to leave the current Lagos division to Epe Division”.

Alhaji Abideen Lawal, Chairman, Eti-osa Indigenes Forum queried that, ‘the bill is neither executive or legislative bill,so who is sponsoring the bill. The bill,he said is an insult to the indigenes and should be withdrawn’.

How Did We Get Here? Why I Wrote The Book -Ify Onyegbule