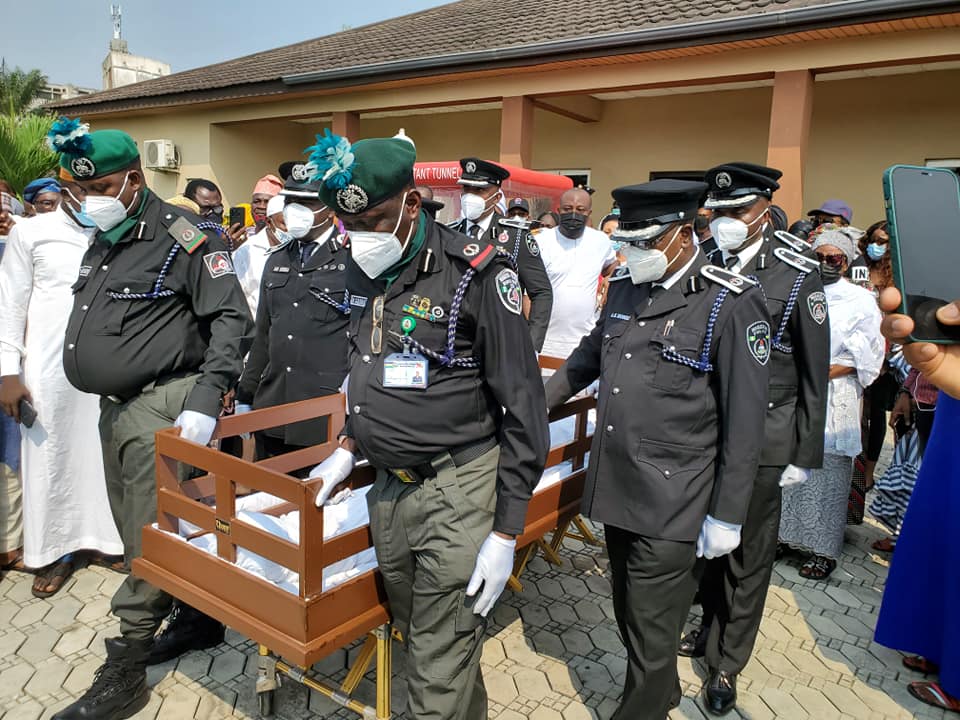 The AIG Zone 2, AIG Ahmed Iliyasu led senior officers in Lagos to represent the Inspector-General of Police with a befitting burial parade in honour of the late senior officer.

The Inspector-General of Police, IGP Mohammed Abubakar Adamu had directed a beffiting burial for the late officer who was briefly sick and died on admission at the Lagos State University Teaching Hospital, Ikeja, on Monday 11th January, 2021.

AIG Ahmed Iliyasu, expressed shock at the sudden death of AIG Omololu Bishi, who was recently promoted to the rank of AIG. He described the late AIG Bishi as humble, responsible and dedicated to duty.

A statement by the Lagos Police PRO, CSP Olumuyiwa Adejobi said the brief burial rite was witnessed by his immediate family members, representatives of the Oba of Lagos, his course mates at the Police Academy, friends and well-wishers.

AIG Bishi who hailed from Lagos Island, Lagos State, was enlisted into the Nigeria Police Force in 1988 as cadet Assistant Superintendent of Police. He is survived by his wife and kids.

Fela Durotoye: I am ready to support a consensus candidate