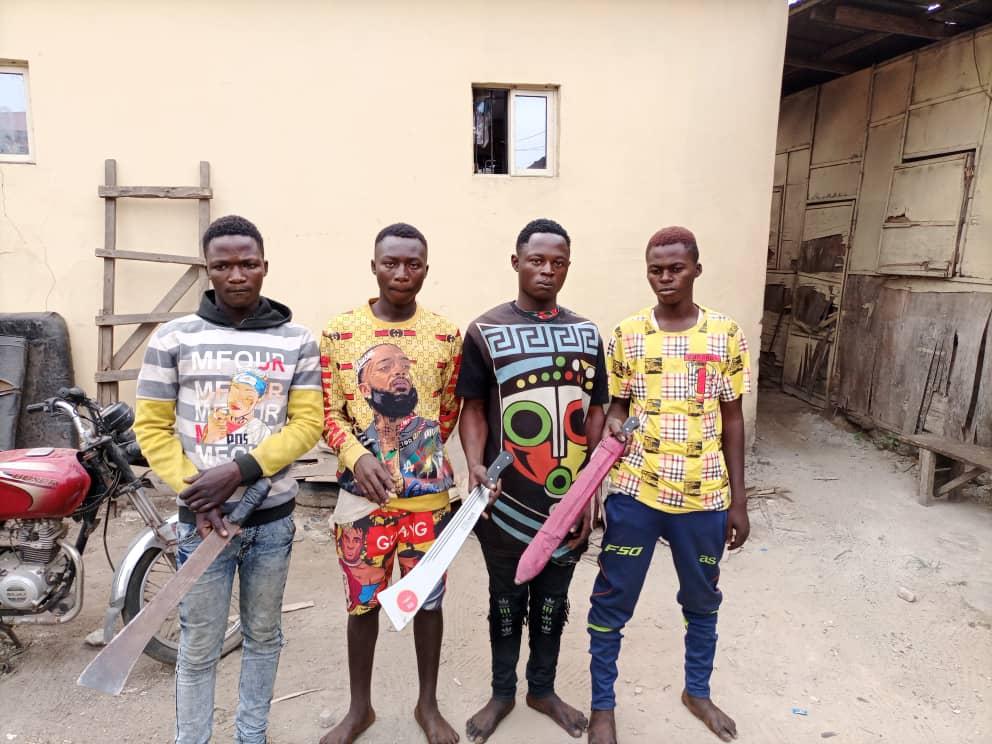 A group of 4 fleeing, suspected armed robbers have been arrested in Kachai Local Government Area of Kaduna State with the forensic skills exhibited by the Lagos State Police Command.

A Press Release by the Lagos Police Command said the four suspected armed robbers, with dangerous weapons, had on 5th November, 2020, robbed one Mr Somtochukwu Uzoahukwu at Iliya Street, Bariga and fled as the victim reported the case to the police at Bariga Station, Lagos State.

Commissioner of Police Lagos State, CP Hakeem Odumosu, had instructed the Divisional Police Officer, Bariga to utilize intelligence and forensic strategies in tracing the suspects, an action which proved successful with the apprehension of the four suspects.

The suspects, Michael, Pius Eko, Samson Yunana and Daniel Yaki who was once a security guard to the victim were arrested on1st December, 2020 with the dangerous weapons used for the said operations.

CP Hakeem Odumosu commended the efforts of the police operatives for their professionalism and commitment to getting the suspects who have confessed to the crime, ordered the State CID to take over the case for discreet investigation and prosecution.

The police boss called on the general public to believe and trust in the police because the police will leave no stone unturned to unravel any cases reported to the police.