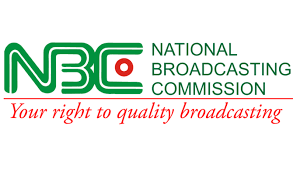 The Federal Government has been slammed with another lawsuit over attempts to gag the broadcast media in Nigeria, through the National Broadcasting Commission.

Human Rights lawyer, Festus Ogwuche filed the lawsuit at the Federal High Court in Port Harcourt following a similar action by the Socio-Economic Rights and Accountability Project, SERAP and two hundred and sixty-one others. Joined in the matter as defendants are the Attorney-General of Federation; National Broadcasting Commission; and Acting Director General of NBC, Professor Armstrong Idachaba.

Just like SERAP and the others; Ogwuche is seeking the enforcement of fundamental rights under the African Charter on Human and People’s Rights. But unlike the SERAP that is challenging the recent NBC fines of nine million naira against three television stations; Ogwuche is challenging the violation of citizens right to freedom of expression and the press.

Among other issues for determination; Ogwuche wants the court to determine whether the Respondents are bound by the provisions of the African Charter, Universal Declaration of Human Rights, Covenant on Civil and Political Rights. The Applicant also asked the court to declare that it was not within the powers of the Respondents to restrict the operation of broadcast stations in the country.

He also wants the court to cancel and set aside all sanctions, penalties and other forms of disciplinary actions against broadcast stations, under the National Broadcasting Code. The case before the Federal High Court in Port Harcourt Judicial Division was filed on November 6, 2020, but no date has been fixed for the hearing.