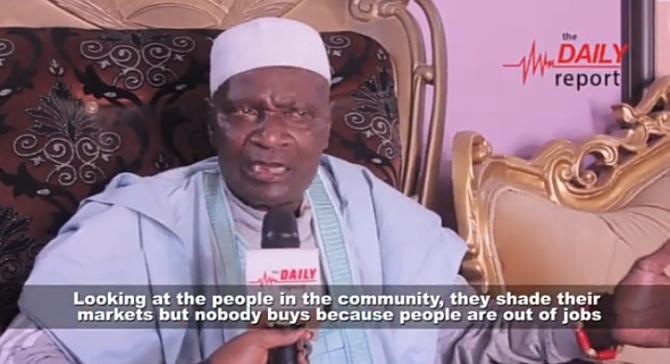 We have been hearing that they sent money and food items to the communities and money to individual accounts but i have not benefited anything from the government.

Those were the words of Franka Austin, a resident of Baruwa Community in Eti Osa Local Government Area in Lagos state describing her pain and disappointment at the government for the neglect during the Lockdown

As the Federal and State Governments continue to gradually ease the lockdown imposed as a result of the Coronavirus pandemic, many Lagosians have continued to groan under the pain of job losses and lack of palliatives to cushion the effect of the lockdown as promised by the government.

Recall that the Federal Government had announced a lockdown in areas with rapid increase of COVID-19 cases with Lagos as one of the major areas. The Lagos State Government had mapped out a plan to distribute palliatives as a way of cushioning the effect of the lockdown.

Aside from receiving 6,000 bags of rice and two truckloads of vegetable oil from the Federal Government for distribution to the poor and the vulnerable in the state on April 10, 2020, the Babajide Sanwo-Olu’s government had also announced an economic stimulus package that targeted at least 200,000 households.

House of Representatives Speaker, Femi Gbajabiamila at some point during the lockdown said government had tried to give many Nigerians relief packages but evidence showed that many Nigerians in need are yet to get any form of palliative.

Ify Onyekwere filed in this report from the Baruwa Community, Ologolo in the Eti-Osa Local Government Area of Lagos State.

This special report was put together with funding from the Google Journalism Emergency Relief Fund (JERF).