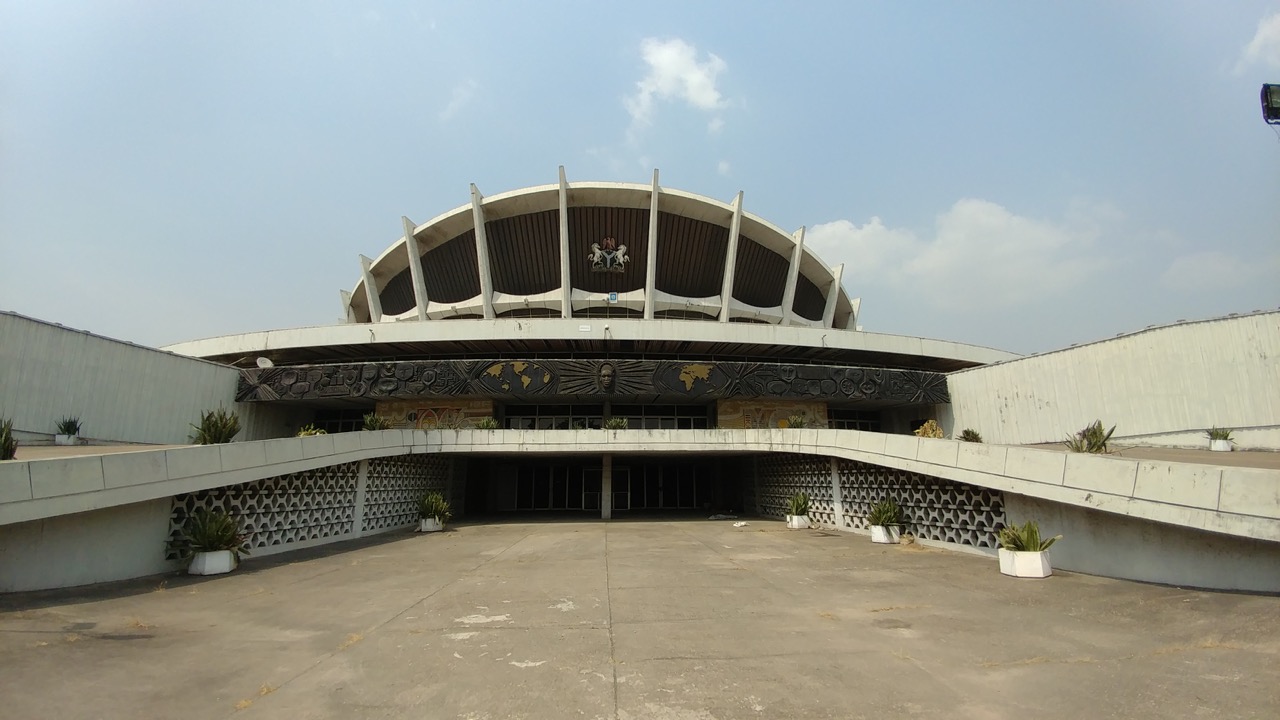 The Minister of Information and Culture Alhaji Lai Mohammed has made it clear that the federal government is handing over of the National Theatre to a Bankers Committee for infrastructure upgrade and physical redevelopment, and not an outright sale.

“This iconic National Theatre remains a national heritage and will not be ceded to any person or group,” he said at the start of his remarks during the handing over of the facility earlier today at the National Theatre premises. “What we are here to do is to hand over the National Theatre for restoration and upgrade and the fallow land within the premises to the Central Bank and the Bankers’ Committee for development. The Federal Ministry of Information and Culture holds the keys to the National Theatre on behalf of all Nigerians.”

The Lagos Creative and Entertainment Centre Project, he added, will be in two phases. Phase 1, to cost N7bn, is to restore the National Theatre to its glory days when it was built in the late 1970s, while Phase II will be the development of the fallow land within the premises of the edifice, at a cost of N18bn. Altogether, the project is estimated to cost 25 billion Naira.

“For over 40 years, no major renovation work has been done on the National Theatre, while the adjoining land has been lying fallow,” Alhaji Mohammed said, adding that several attempts to restore the structure had failed.

And with the government unable to provide the necessary funding to achieve this, a Public-Private Partnership approach became inevitable.

“This Public-Private Partnership is a win-win for all. It restores this iconic edifice to its glory days and develops the land that has been lying fallow for over four decades, creating massive jobs for our teeming youths and providing a go-to spot for our teeming population,” Alhaji Mohammed explained.

According to the minister, some 6000 jobs will be created during the construction phase, while the completed project could generate up to an additional 600 permanent and 2000 to 3000 jobs.

Some of the work to be done in the first phase of the re-development include: upgrade of the theatres (The main halls and cinema halls, conference and banquet halls, press hall and the bar; Installation of new seats, upgrade of the sanitary facilities; installation of lifts, acoustics and specialist lightings. The air conditioning, lighting, other power and plumbing will also be replaced/upgraded to international standards.

“The new centre will comprise hubs for: Fashion, Music, Film and Information and Technology

(IT) hub,” Alhaji Mohammed disclosed at the handing over ceremony. “These creative clusters will be supported by other facilities, including multi-storey parking to accommodate an additional 1,000 cars, a Visitors’ Welcome Centre which will house commercial and retail facilities, as well as administration and management offices, among others.

“Both phases will be connected by carefully curated soft and hard landscape areas as well as waterways, providing an excellent semi and outdoors spaces for community use and entertainment, including an amphi-theatre. And installation of new infrastructure (roads and services mains) and upgrade of the existing ones.”

I am Sorry, Akpabio tells PDP