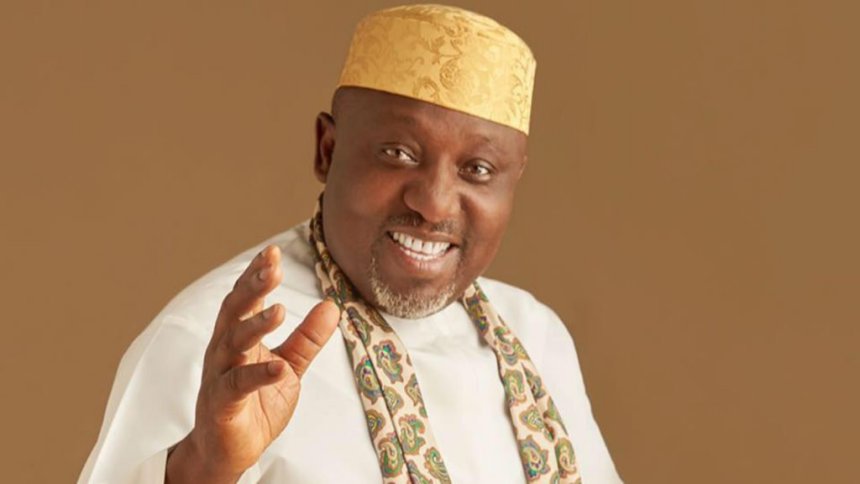 Does Governor Emeka Ihedioha have the liver to commit class suicide in his pursuit of the just cause of the people of Imo State?

The real challenge in the matter of recovering the assets and resources taken from the state by former Governor Rochas Okorocha and associates is that success would rewrite the story of corruption in the state, the region and the broader country.

The price would be steep and involve stepping on many toes. Is Ihedioha ready for a marathon or are current attempts a mere 100-metre or at best a 200-metre dash? It is a tall order, but if it is just for the optics, he will leave the people angrier and more frustrated.

Successful pursuit would involve going against the political and economic class that held Imo State hostage over the years and allowed Okorocha room to rape, as other governors have done across the South East and Nigeria. His stood out for its brazenness.

Can Governor Emeka Ihedioha withstand the pressure in the form of blackmail, propaganda, threats, vilification and more? Will the people and elite of Imo State, who lost but are now finding their voice, be there to provide the bulwark of social license a governor needs for such a brave endeavour?

The allegory of Rochas Okorocha continues to unfold in Imo State. Okorocha has left behind him effluvium rather than sweet-smelling fragrance. The stink and attempts to either expose and punish or cover it has dominated discourse in the state since his exit. I first wrote on the narratives of Okorocha as he tried to impose monarchy on Imo State in the April 11, 2019 issue and asked Ndi Imo to find the courage to prevent it https://businessday.ng/…/a…/the-allegory-of-rochas-okorocha/.

Owerri is abuzz with tales of plunder and outright kleptomania. The captain of the ship led in brazen stealing of state resources. His subordinates followed suit in line with the aphorism that fish rots from the head. The Economic and Financial Crimes Commission has stepped in to seal no fewer than nine assets that it alleged Okorocha acquired through misappropriation of public resources. Citizens want more action and are willing to point to more instances.

Eminent citizens are engaged. Goddy Uwazuruike pointed to one on July 29 on his Facebook wall on the pillage of the Nsu Ceramics and Tiles Factory that Sam Mbakwe built.

The community protected the equipment that Mbakwe’s government had not installed when the military struck. Until in 2011 when Okorocha convinced them he was bringing a new factory and carted away the machinery. Prof Chidi Odinkalu tweeted, “This guy must have been desperately ill. Nothing was spared from plunder- from gift items to mats and chairs”.

Governor Emeka Ihedioha hears an earful regularly since he assumed office. Ndi Imo not only wail at the evil their eyes witnessed but want action to ensure restitution. Some are willing to go the extra negative mile of street justice.
The matter of Rochas Okorocha presents a challenge and opportunity. There is the danger of allowing the chase for misappropriated state assets and resources to turn into a witch hunt. Ihedioha and Ndi Imo must rein in their emotions at this point and handle with circumspection. Imo State must deploy the law as well as socio-cultural tools.

Imo State must gather all the evidence and build a cast-iron case against all those involved. They should pursue the matter diligently, locally and internationally. The real treasure may lie in foreign banks, and they should include all agencies concerned with the investigation of financial crime across the world. Note, however, the pitfall of the legal route in Nigeria.

The case against the former governor of Abia State, Orji Uzor Kalu, has taken ten years and counting. EFCC pursues it at its pace. The defendant has now become a senator in the party where membership is absolution from crimes. What happens hereafter is a matter of conjecture.

There is no question, however, about the suitability of pursuing justice. It is what our land desires and deserves now. It would assist in cleansing the land. Do it in the best traditions, even as the fellow did not observe such technical niceties when he ruled.
What to do with the assets seized by the EFCC?

It belongs to Ndi Imo. Do not allow waste. Imo State should negotiate with EFCC and ensure that it works the assets until the determination of the case. No asset should be abandoned or allowed to lie idle in this era of mass unemployment.

The narratives of the Okorocha years point to defects in our political system. We elect governors in a democracy who then mount the saddle of emperors and proclaim like the French ruler the people hanged at the Bastille, “l’état, c’est moi” meaning “I am the state”. They do as they wish.

The people matter in every democracy. The social license the people provide can be a ticket for good or evil, depending on the moral fabric of society. Ndi Imo provided the social license for the evil the stench of which now makes them puke. The people are enabling similar wrong practices all over the country.

Our democracy is failing because of the lack of citizen engagement. The absence of the elite and the middle classes except as collaborators with evil is even more contributory to our desultory experience with democracy.

All the evidence points to the fact of the significance of the middle class in upholding democracy as well as the related economic development. Ndi Imo should take the lessons and hold Ihedioha and the LG bosses accountable. Odoemela.

Interview was first published in Businessday

7 Senators to Watch in the Red Chamber

TRUST is the most important aspect of any nation -Mathias Tsado