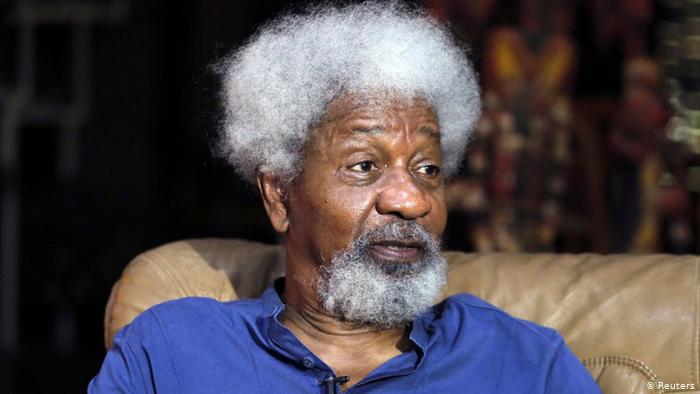 I am Yoruba, and therefore felt sufficiently compromised as to intervene with some leaders demanding, ‘do you know what this portends?’ Is this wise? Progressive? It was gratifying to encounter other Yoruba voices – I especially recall one from Dr. Wale Adeniran – in forceful repudiation of such narrow chauvinism. And it resulted in personal disillusionment that sent me seeking solace from our man for all occasions, William Shakespeare in that cry of: A Plague on both your Houses!

There were other negative controlling manifestations, related to that very narrow social perspective, albeit sprung from a different malaise. The principal himself, formerly elected largely on the platform of corruption eradication, reinforced by the coy mantra of  “I belong to all and belong to none”, presided over a growing degradation of advertised intent, a serial dereliction of the obvious imperative of any reformist agenda which should read: first, internal cleansing!

One after another, scandals of escalating proportions from within the charmed circle of power, an apparent tolerance even in the face of ‘in  flagrante delecti’ captures on video!  Clearly, this candidate had also done his arithmetic and could hardly afford to lose any treasure trove of numbers. The logo of the ruling party during those 2019 elections appeared to have been the three brass monkeys: Hear no evil, See no evil. Speak no evil.

Before any chortling of self- vindication is provoked among the ‘I told you so brigade’, let me quickly pause here, prodded by the strident opportunism of the corruption train and restate my position as follows: this does not invalidate the pass mark in this specific department that I conceded the government on a television programme  – the anti-corruption fight. A pass mark is not the same as an A+, B or even C+, so that grudging grade stands, as shall be effortlessly demonstrated in ensuing parts of this primer.

Some of us take a holistic, and comparative approach to the protean operations of corruption, not sensationalist ‘Rambo’ melodramas served up to titillate the public palate. We add, subtract, qualify, adjust, and only then – propose a grade. We shall venture later into that national bugbear, and in some detail, utilizing just one or two but representative voices of blanket dismissal that often read like commissioned pieces. We know what is at stake.

Even as this is being written, guardian ‘sleepers’ of the Abacha and other hidden loot are being rumbled. They await moments of slackening in vigilance to pounce on temporarily ‘abandoned properties’ known only to them. Only this week, yet another sumptuous cache was unearthed in the Jersey islands. And there are many more awaiting exposure. No, we cannot afford to lower the nation’s guard, nor belittle the institutions that work towards eventual, across-the-board sanitation of society.

To sum up the contribution of the incumbent candidate and his handlers to the last electoral architecture, it was indeed numerology that triumphed over ethical rigour. We insist however that even political pragmatism has its own moral demands. Any other position leaves wide open the sluices of cynicism, pent-up frustrations, disillusionment, reducing democracy to the numerical count as the sole electoral victor.

Will the projected June 11 Summit on Corruption compel the government itself to tackle its own record in this respect? I have received an invitation but will not be attending. I however recommend deep introspective attention to the second item on the suggested themes – NEXUS BETWEEN ELECTORAL SPENDING AND PUBLIC CORRUPTION.

And so, on looking back, our view encounters only the debris of a wobbly scaffolding of the 2019 democratic exercise that predictably crashed, a rickety podium of cynical improvisations on four temporal legs roughly identified as: (i) payback time (ii) our turn next time (iii) laissez-faire time, and (iv) the all-purpose ‘stomach infrastructure’ dinner bell.

The unprecedented epidemic of the collapse of buildings all over the country has since struck me as a morbid analogy for the collapse of humane structures, burying so much hope of advance on 1993, a full quarter of a century later, in their rubble. One became quite fearful that the nation was trapped in the material actualization of an even more comprehensive advance on Shakespeare’s curse: A Plague on All your houses!

If only nothing more than the current political houses took a final tumble! Alas, the collapse is far more extensive than such mere contraption. We need only look around, or revert to those alarms that we echoed at the beginning. One may squirm at the verbal formulation but, truthfully, NIGERIA MOURNS!

And so, towards the exorcising of that curse, the prescription of a government across partisan interests is not misplaced, and is not entirely starry-eyed. A day dedicated to democracy – as a compelling morality of social existence – is merely frivolous unless directed at the recognition of the telling, prevailing features of the last exercise, which throw in question the free, hopefully educated exertion of human choice.

It brings us back to numerous considerations of what constitutes, as the democratic base of any human grouping, their rights and limitations, both of which are involved in the guarantee of a healthy societal survival. It must raise, pre-eminently, the very issue of the protocols of association – relation of the parts to one another, and the parts to the whole. Such protocols are of a fundamental, negotiable category for a basic reason – they deal with humanity, not abstractions or material resources.

Above nations, we cannot help but place humanity, otherwise, we are mere idol worshippers – the idols of patriotic jingoism and pietistic abstractions (e.g. sovereign integrity and allied rhetoric).

Democracy Day deserves truthful confrontation with the socio-political conditions that we have brought into being to plague ourselves and thus, compels our acceptance of responsibility for whatever, and wherever roles are traceable to one and all in that process.

It is not wrong to make political calculations – not for nothing is it claimed that politics is a game of numbers – one of those partial truths, but let it stand for now. However, when those calculations go wrong, it is cowardly to seek scapegoats and fabricate non-existent histories. D-Day should not pass shrouded under sentiment. At the same time, it should not be celebrated with groundless recriminations. It calls on hard-core values, yet remains open to mature and logical adjustments, deploying the rigorous blade of truth to cut through overgrown, self-proliferating brambles of deception, especially at the hands of past rulers.

If the present demons of nation being are confronted, with brutal frankness where necessary, there is a chance that we may assist even this aspiring generation to sweep past the past, and target a far more salutary celebration in the coming year, that much touted magic number  20/20.

Says the ‘good book’ but, I am certain, echoed in numerous scriptures of Faith – Render unto Caesar what is Caesars’s etc. etc. We have rendered unto D-Day its dues, its pietisms and imperious mandates, and in as measured accents as can be mustered by any pained member of a polity under a ‘state of siege’. All that is left is to tackle, through a few illustrative samples, the hooded mercenaries who remain committed to the triumph of every imaginable shade of the anti-democratic agenda. They operate like the chameleon, adaptable to colour and texture of their immediate and appropriated environments.

Forget the parable of never serving more than one master – they serve several, all interchangeable as readily as their wearing apparel. To them we are the mummu, they the lordly predators of the political jungle. In the interest of historic truths and self-preservation, it becomes a duty to seize every opportunity – fortunately mostly of their own providing – to dissect their proclamations, subject them to public scrutiny and take the trouble to probe deeply into their hidden briefs.

A hopeful Democracy Day to the electorate of June 12, 1993, and their political descendants, on whom the burden of the future – unavoidably – falls.

Soyinka: it is lamentable to reduce June 12 to an ethnic project