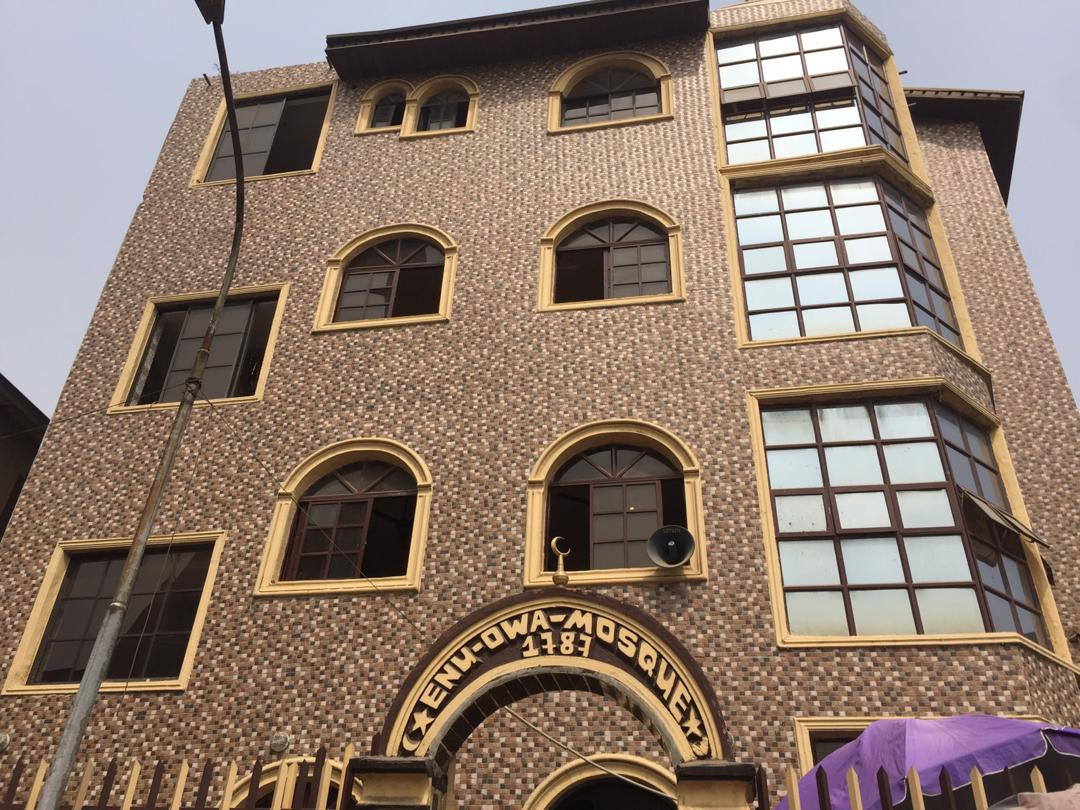 On 30th December 2018, I joined members of the Isale Eko Descendants Union (IDU) on a tour of downtown Lagos, the segment of the state said to be where the first indigenous population settled centuries ago. Tagged “Isale Eko Walkabout Tour”, it packed in a lot of sites, sights and sounds of a patch of Lagos most only hear of but have never visited.

There were about 50 of us, gathered at the City Hall and all of us wearing the white branded t-shirt produced as part of the 2018 “Isale Eko Day” celebrations and eager to get on the road.

“You may be wondering why we are starting from here, you may be thinking that it’s not within the historic precinct of Isale Eko,” tour coordinator and lead guide, Lanre Shasore says in her introductions. “It is so that we can fully understand the geography between Isale Eko and the rest of the Island. The fact is that the rest of the Island derives its existence from Isale Eko, which is the very heart of Lagos.”

I have been in and out of City Hall many times in the last few years. It’s either I am attending a programme organised by the Goethe Institute, CORA or the British Council, or I am showing tourists around some of the exquisite Nigerian art in the building as a tour guide for @TravelNextDoor.

And every time I am in there, I wonder why the building isn’t put to more use than it already is. I mean, there is ample space to host several hundreds of people to some of the tech, art and entertainment events that have sprout in the city in recent years.

The walkabout tour was in two parts: the vehicular tour and the pedestrian tour. The first took us through the stretch of Broad Street and Nnamdi Azikiwe (formerly Queen Victoria) Street, during which Shasore pointed out the story behind of a number of buildings and landmarks on the route: the General Hospital, Freedom Park, the Printing Press, old colonial secretariat, First Baptist Church, St. George’s Hall, CBAAC building, CMS Building, Tinubu Square,  Shitta Bey mosque, King Kosoko’s palace, Idumota Clocktower and the spot where the Soldier of Idumota Cenotaph used to be (in its place now stands a statue of the Eyo masquerade).

Like most Lagosians, I have seen — and passed by — these buildings and landmarks countless times, but their place in the history and evolution of Lagos is lost to me. The tour filled in the blanks for me.

Take Ajele Street, for example: in the early 2000s, I worked in an office there for three years but not once did I catch a whiff that it once hosted a colonial cemetery; down the road, as the bus drove past the sculpture of Herbert Macaulay’s, one of the tour coordinators let us all know that late politician was fondly addressed as ‘the Serpent of Caston Hall’; the Idumota Clocktower was a gift of the Syrian community to Lagos, and the Tinubu Fountain was from the Lebanese.

“The area around Tinubu Fountain used to be a most desirable address in the 1800s,” Shasore chipped in, listing its VIP residents to include Henry Carr and Eric Moore.

For the second part of the tour, we all got off the buses to meet Chief Femi Okunnu (SAN), a Trustee of the IDU, who was already waiting near the Iga Idugaran arch to advise on the places to be visited, among them a network of palaces, shrines and the oldest market in Lagos. All considered, this would take two hours.

We braced for the walk. (To be continued…)