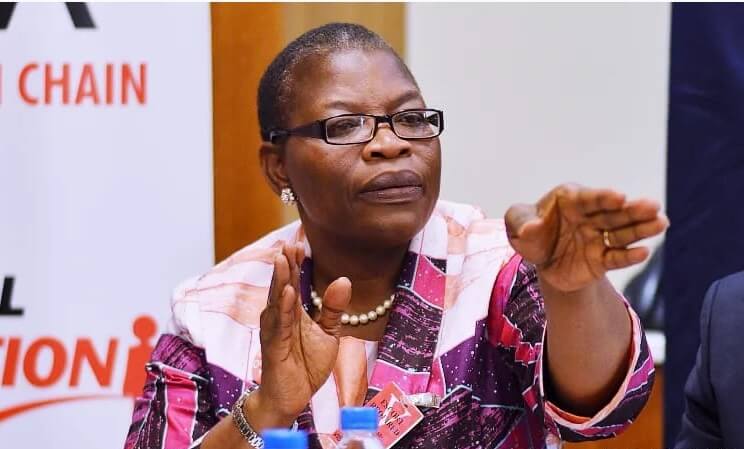 Presidential candidate of the Allied Congress Party of Nigeria (ACPN), Dr.ObiageliEzekwesili, has asked the Chairman of the Independent National Electoral Commission (INEC), Prof.MamoudYakubu, to reverse the recent deployment of Mrs. Amina Zakari, one of its commissioners.

Recall that Zakari, who is well known as President Muhammadu Buhari’s relation, was on Thursday announced as the chairperson of INEC’s Results Collation Centre in the February 2019 elections.

Reacting to her appointment, Ezekwesili, in a press statement on Saturday, said, “The INEC chairman appears to have bowed to pressure from the Presidency.” She described Zakari’s appointment as political corruption, “considering that having a relation of the President who is a contestant in the February 2019 presidential election amounts to an apparent Conflict-of-Interest situation.”

She said that such “repugnant deployment of Zakari to the collation centres suggests a brazen attempt to ease rigging for the APC’s candidate in the elections.”

Who is Amina Zakari?

Zakari is a widow; raising five children on her own since the loss of her husband in December 2000. Her late husband was Bala Zakari Kazaure (Santurakin Kazaure) a career banker and economist. He was an executive at Union Bank PLC at the time of his death and prior to that had held many positions at United Bank of Africa.

She had her National Youth Service Programme at the then Federal University of Technology, Bauchi between 1981 and 1982, where she set up a Pharmacy and Drug Store Dispensary as her service year project. She began her professional career at the Ahmadu Bello University Teaching Hospital, Kaduna as a Senior Pharmacist in 1984.

She was at CVS Pharmacy Hartsdale, New York, United States between 1993 and 1994 as an Intern Pharmacist and returned to Nigeria to join the Consolidated Health Services, Abakpa, Kaduna, where she became the Chief Pharmacist/Consultant from 1996 to 1997.

In 2011, Zakari was appointed as one of the National Electoral Commissioners at INEC by former President Goodluck Jonathan.Her mandate at INEC includes her political parties’ supervision via the Political Parties Monitoring Committee.

Zakari was appointed Acting chairman of INEC on June 30, 2015 following the expiration of the tenure of Attahiru Jega.

2019: Buhari set for the inauguration of APC Presidential Campaign Council on Monday

ENDSARS: Those Behind Lekki Shootings Will Be Brought To Book – LASG