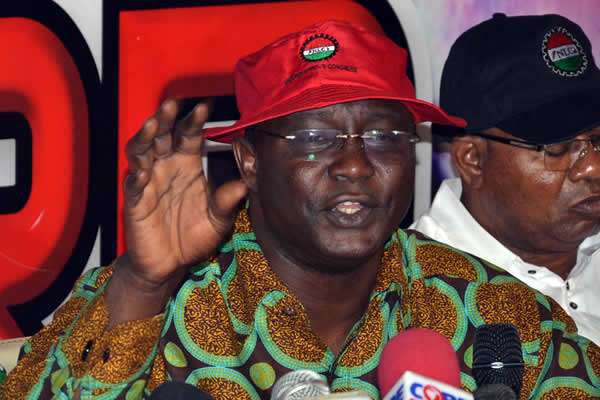 Organized labour has told workers to fully mobilize for a prolonged national strike over government’s the inability to commence the process of implementing the N30,000 new minimum wage.

This Organised labour’s position came against the backdrop of Nigeria Governor’s Forum, NGF, claiming that governors were not in a position to pay the new minimum wage of N30,000.

President of Nigeria Labour Congress, NLC, Ayuba Wabba, in a New Year message said: “Government’s dilly-dallying on the issue has strained government-labour relations with a potential for a major national strike which could just be days away.

UNDER MY WATCH, NIGERIA WILL BE AFRICA’S MOST INNOVATIVE ECONOMY –EZEKWESILI

Our PVCs are not for sale – Oyo REC, Mutiu Agboke tells politicians