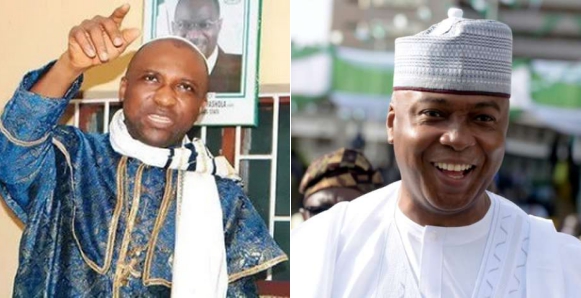 Primate Elijah Ayodele, who is known for unveiling prophecies at the turn of the year and the Leader/Founder of INRI Evangelical Spiritual Church, Ejigbo Lagos says the PDP would find it uneasy in stopping President Muhammadu Buhari because they have refused to do the right things from the beginning of their quest.

Ayodele in his words according to the Daily Post said “if PDP had given the ticket to Bukola Saraki, they will win because it’s only Saraki that can unseat Buhari but PDP stakeholders have not done what they are supposed to do”.

I said it in 2015 that Jonathan maybe the last president from PDP. I’m still standing on it unless they take a quick step and that is for Atiku and Saraki to do the right thing.

If only they will do the right thing, that is only when PDP can win. For now, I’m only seeing Atiku and Saraki playing.

Ayodele stated that though he cannot say that his prophecies are 100 per cent accurate because prayers can change things, he can boast that 95 per cent of his prophecies have come to pass