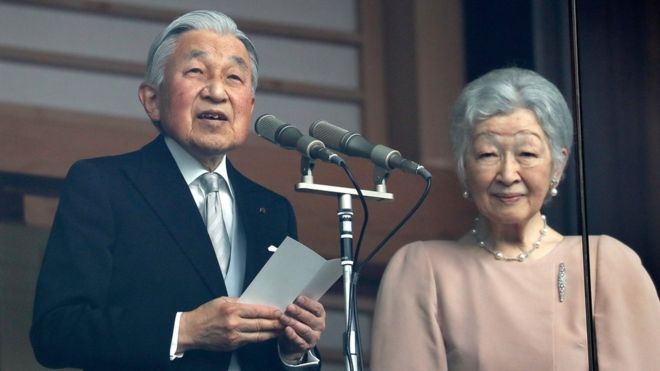 Japan’s Emperor Akihito has given his final birthday address before his abdication in April 2019.

About 80,000 paid their respects to the 85 year old who said he took “deep comfort” that his reign had passed without Japan again engaging in war.

Emperor Akihito, the first living monarch to relinquish the Chrysanthemum throne in nearly 200 years was very emotional as he thanked the people of Japan and his wife Empress Michiko for their support.

Akihito whose three-decade reign is known as the “Heisei” era, which means “achieving peace” in Japanese will be succeeded by his eldest son, Crown Prince Naruhito.

Foreigners in Nigeria to pay $2,000 for Combined Expatriate Residence Permit and Aliens Card

Covid 19: What you need to know