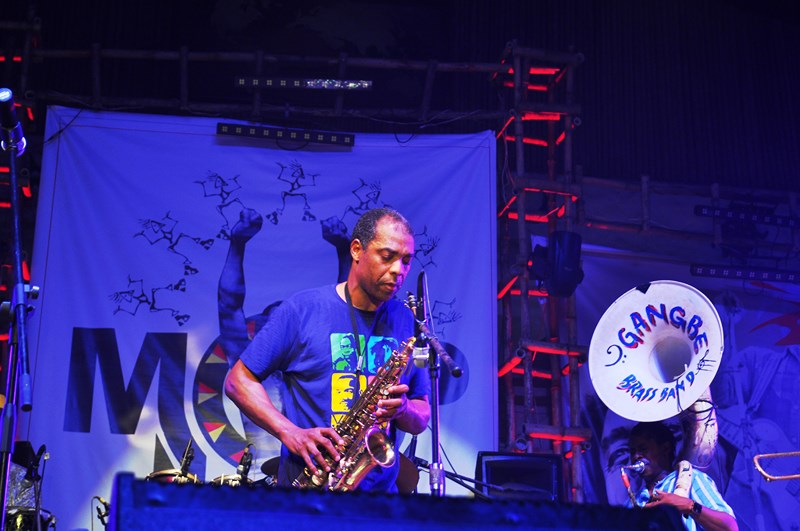 Afrobeat musician Femi Kuti has had to respond to a tweet accusing him and his younger brother Seun Kuti of being silent while the current situation in the country unfolds.

“I see no reason why top Entertainers Femi Kuti and his brother Seun Kuti are not leading the charge against Buhari,” media consultant  Stanley Nwabia tweeted on Feb 10. “As Fela’s children, they CAN’T afford to be Fencist or apolitical where Buhari is concerned.”

Nwabia was himself responding to a tweet by Afro-pop singer Davido, who wondered if entertainers weren’t already tired of being told to stay out of politics because it was considered a dangerous undertaking.  “Are we still gonna be listening to them for years to come?” he asked, adding that “ We are powerful and they know me I ful ground. It is our country and it is our business about how ‘our’ country is being run.”

In a series of responses, Femi Kuti made it clear that his father Fela protested all his life against political oppression, corruption and other anti-people policies but that still didn’t stop the voters electing President Obasanjo twice into office, neither did it stop them voting in President Buhari in 2015.

Fela Anikulapo-Kuti sand against the military dictatorships of both men in the 1970s and 80s.

“All the talk I’ve talked for 40 years of my career night after night at the Afrika Shrine till date, what difference has it made?” he tweeted

In a follow up tweet, he proceeded to provide a bit of background into his own activism for good governance and the painful end result.

“I set up a political movement in 1999 (MASS), mobilizing the youths, while playing free in universities. You know what they did to me? They ran me dry, left me dead broke, again no results.”

Nwabia wasn’t done. “If [the] children of anti-Slavery, anti-Segregation, anti-Apartheid pioneers opted for silence [because] no one listened to their parents, do you think the world would have made progress? Buhari JAILED [your] sad but it is Davido that is aggressively campaigning against him? Haba, Sir.”

Someone else wondered if Fela would have stopped speaking were he to be alive today as Femi appears to have done.

“Of course I speak,” Kuti clarified. “On social media.I don’t waste precious time arguing with people who are going to be rude and abusive because you don’t agree with them. At the Shrine I speak night after night, [It is] not my fault you don’t come there. I still speak with my music and in interviews.”